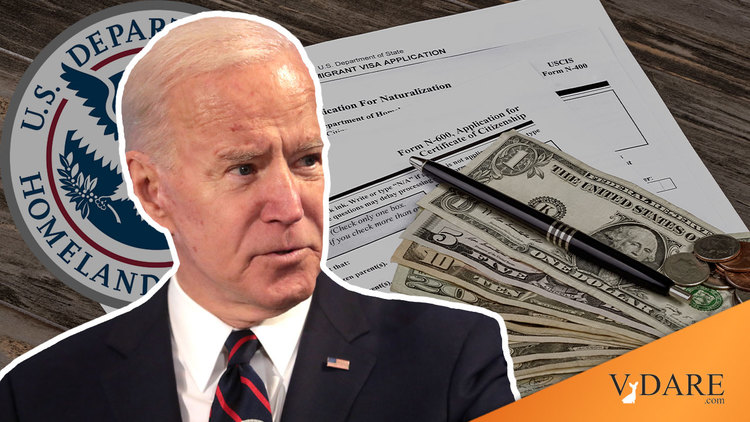 We Call This Treason: Biden Administration Plans To Pay Illegals $500K For Being Denied The Right To Infiltrate Our Nation During The Trump Administration

What’s the point of an Army/Navy/Air Force or Department of Defense when the Executive Branch of the United States of America has basically surrendered our sovereignty without a shot fired?

To put it bluntly: who needs foreign enemies when domestically, those elected to national office engage in outright treason?

U.S. in Talks to Pay Hundreds of Millions to Families Separated at Border: Government is considering payments of $450,000 per person affected by Trump administration’s zero-tolerance policy in 2018, Wall Street Journal, October 28, 2021

The Biden administration is in talks to offer immigrant families that were separated during the Trump administration around $450,000 a person in compensation, according to people familiar with the matter, as several agencies work to resolve lawsuits filed on behalf of parents and children who say the government subjected them to lasting psychological trauma.

The U.S. Departments of Justice, Homeland Security, and Health and Human Services are considering payments that could amount to close to $1 million a family, though the final numbers could shift, the people familiar with the matter said. Most of the families that crossed the border illegally from Mexico to seek asylum in the U.S. included one parent and one child, the people said. Many families would likely get smaller payouts, depending on their circumstances, the people said.

Treason by any other name. We have been locked down since March of 2020, and we have watched so many businesses—and lives ruined—close forever because of the draconian shutdown over a virus that basically kills those who don’t take care of themselves (yes, COVID primarily impacts those with comorbidities), and now we see our government plan to potentially reward those who try to infiltrate our nation illegally.

If there is one story helping showcase anarcho-tyranny better than this one, you’d be hard pressed to find it.

Treason is the only way to define the Biden Administration.