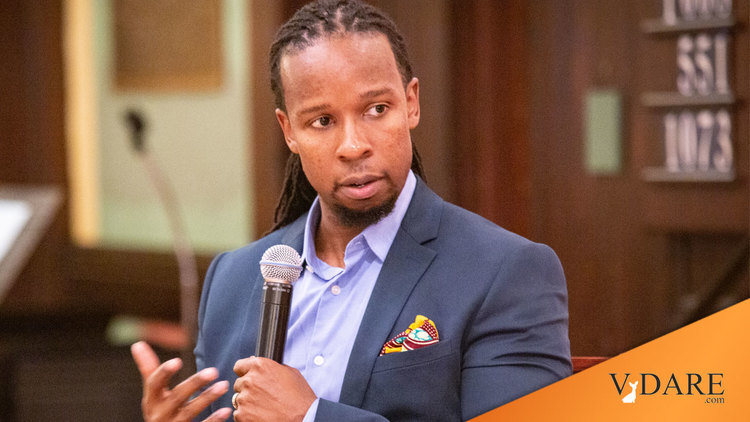 Here’s a lucid thread from Wesley Yang that is related to the theme of my Taki’s Magazine column that will be up later tonight. Unfortunately, I didn’t see it before I finished my essay.

It’s very hard for liberals that have accepted the case for affirmative action to reject Kendi-ism, though many, like Ezra Klein, are discomfited by the purified version of the fuzzier, hazier practice they’ve embraced.

It’s precisely the fuzzy haziness, however, that made affirmative action a workable kludge in a system purporting to confer rights onto individuals rather than groups and that proclaimed itself meritocratic

And it’s precisely the fuzzy haziness that kept in check the dictatorial dimension of a policy that seeks to equalize group outcomes through government coercion.

In other words, the current murky legal status of and thinking about affirmative action encouraged people to Not Talk About It and, on the positive side, to try to keep it to manageable levels and not get carried away: Johns Hopkins hospital should employ more doctors than it would if it had colorblind hiring, but there wasn’t much to demand that if Baltimore city is 5/8ths black, then 5/8ths of Johns Hopkins’ doctors should be black. Instead, nice people should quietly, very quietly, pick a nice number.

But now Kendi comes along with his somewhat iSteve-like knack for logical reductionism and promotes the idea that any racial disparity is proof of racist policy pushed by racist ideas. Either me, Dr. Prof. Ibram X. Kendi, is right or … Charles Murray is right. Whose side are you on?

Ezra Klein can sense that if Kendi’s principle is put into practice, uh-oh, Zimbabwe here we come in our big cities. But Ezra can’t articulate an objection without putting himself on Charles Murray’s side of the argument, and it will be awhile before that happens.

In 2003, Sandra O’Connor’s ruling anticipated the sunsetting of affirmative action in 25 years.

The energy in the culture and its dominant institutions (schools, corporations, the federal government) is lurching toward the Kendi-ian terminus even as the 6-3 SCOTUS majority moves toward the Harvard Asian-American lawsuit

Back in the early 1980’s, the conservative movement founded the Federalist society in a bid to recapture the courts from what they regarded as a liberal consensus legislating from the bench.

At around the same time, the Critical Race Theory movement in law schools began advancing a radical critique of American institutions as irremediably tainted by a foundational racism

My gut tells me that the nominally conservative, right wing supermajority on the court is too much a vessel of elite consensus to make a frontal assault on an elite moving rapidly toward Kendi-ism. It may rein things in on the margins.

Conservatives chose to invest in taking back the courts; progressives in winning the educational apparatus and culture. We will find out who invested more wisely.