What Ayaan Hirsi Ali Would Have Said to Brandeis University Students

Recent days have been witness to the depressing spectacle of a courageous women’s rights campaigner being denied an academic award as a result of Muslim agitation: Brandeis University Withdraws Honor for Ayaan Hirsi Ali after CAIR Propaganda.

Interestingly, Brandeis University has a noble motto on its seal that suggests commitment to academic freedom: “Truth even unto its innermost parts.” 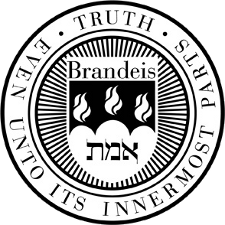 It’s regrettable the fearful university leaders fell so far short of that ideal by succumbing to predictable shrieks of “Islamophobia” from the jihad supporters at CAIR.

The people getting the worst of the deal are Brandeis students who are supposed to be immersed in the unfettered inquiry of ideas. They have instead learned that intimidation works and women’s rights rank a distant second after multiculturalism, a leftist ideology effectively manipulated by hostile Muslims.

At least the students (and everyone else) can read a written version of Ayaan’s speech, though that experience is hardly as memorable as hearing it in person would have been:

Here’s What I Would Have Said at Brandeis, Wall Street Journal, by Ayaan Hirsi Ali, April 11, 2014

We need to make our universities temples not of dogmatic orthodoxy, but of truly critical thinking.

On Tuesday, after protests by students, faculty and outside groups, Brandeis University revoked its invitation to Ayaan Hirsi Ali to receive an honorary degree at its commencement ceremonies in May. The protesters accused Ms. Hirsi Ali, an advocate for the rights of women and girls, of being “Islamophobic.” Here is an abridged version of the remarks she planned to deliver.

One year ago, the city and suburbs of Boston were still in mourning. Families who only weeks earlier had children and siblings to hug were left with only photographs and memories. Still others were hovering over bedsides, watching as young men, women, and children endured painful surgeries and permanent disfiguration. All because two brothers, radicalized by jihadist websites, decided to place homemade bombs in backpacks near the finish line of one of the most prominent events in American sports, the Boston Marathon.

All of you in the Class of 2014 will never forget that day and the days that followed. You will never forget when you heard the news, where you were, or what you were doing. And when you return here, 10, 15 or 25 years from now, you will be reminded of it. The bombs exploded just 10 miles from this campus.

I read an article recently that said many adults don’t remember much from before the age of 8. That means some of your earliest childhood memories may well be of that September morning simply known as “9/11.”

You deserve better memories than 9/11 and the Boston Marathon bombing. And you are not the only ones. In Syria, at least 120,000 people have been killed, not simply in battle, but in wholesale massacres, in a civil war that is increasingly waged across a sectarian divide. Violence is escalating in Iraq, in Lebanon, in Libya, in Egypt. And far more than was the case when you were born, organized violence in the world today is disproportionately concentrated in the Muslim world.

Another striking feature of the countries I have just named, and of the Middle East generally, is that violence against women is also increasing. In Saudi Arabia, there has been a noticeable rise in the practice of female genital mutilation. In Egypt, 99% of women report being sexually harassed and up to 80 sexual assaults occur in a single day.

Especially troubling is the way the status of women as second-class citizens is being cemented in legislation. In Iraq, a law is being proposed that lowers to 9 the legal age at which a girl can be forced into marriage. That same law would give a husband the right to deny his wife permission to leave the house.

Sadly, the list could go on. I hope I speak for many when I say that this is not the world that my generation meant to bequeath yours. When you were born, the West was jubilant, having defeated Soviet communism. An international coalition had forced Saddam Hussein out of Kuwait. The next mission for American armed forces would be famine relief in my homeland of Somalia. There was no
Department of Homeland Security, and few Americans talked about terrorism.

Two decades ago, not even the bleakest pessimist would have anticipated all that has gone wrong in the part of world where I grew up. After so many victories for feminism in the West, no one would have predicted that women’s basic human rights would actually be reduced in so many countries as the 20th century gave way to the 21st.

Today, however, I am going to predict a better future, because I believe that the pendulum has swung almost as far as it possibly can in the wrong direction.

When I see millions of women in Afghanistan defying threats from the Taliban and lining up to vote; when I see women in Saudi Arabia defying an absurd ban on female driving; and when I see Tunisian women celebrating the conviction of a group of policemen for a heinous gang rape, I feel more optimistic than I did a few years ago. The misnamed Arab Spring has been a revolution full of disappointments. But I believe it has created an opportunity for traditional forms of authority—including patriarchal authority—to be challenged, and even for the religious justifications for the oppression of women to be questioned.

Yet for that opportunity to be fulfilled, we in the West must provide the right kind of encouragement. Just as the city of Boston was once the cradle of a new ideal of liberty, we need to return to our roots by becoming once again a beacon of free thought and civility for the 21st century. When there is injustice, we need to speak out, not simply with condemnation, but with concrete actions.

One of the best places to do that is in our institutions of higher learning. We need to make our universities temples not of dogmatic orthodoxy, but of truly critical thinking, where all ideas are welcome and where civil debate is encouraged. I’m used to being shouted down on campuses, so I am grateful for the opportunity to address you today. I do not expect all of you to agree with me, but I very much appreciate your willingness to listen.

The connection between violence, particularly violence against women, and Islam is too clear to be ignored. We do no favors to students, faculty, nonbelievers and people of faith when we shut our eyes to this link, when we excuse rather than reflect.

So I ask: Is the concept of holy war compatible with our ideal of religious toleration? Is it blasphemy—punishable by death—to question the applicability of certain seventh-century doctrines to our own era? Both Christianity and Judaism have had their eras of reform. I would argue that the time has come for a Muslim Reformation.

Is such an argument inadmissible? It surely should not be at a university that was founded in the wake of the Holocaust, at a time when many American universities still imposed quotas on Jews.

The motto of Brandeis University is “Truth even unto its innermost parts.” That is my motto too. For it is only through truth, unsparing truth, that your generation can hope to do better than mine in the struggle for peace, freedom and equality of the sexes.

Ms. Hirsi Ali is the author of “Nomad: My Journey from Islam to America” (Free Press, 2010). She is a fellow at the Belfer Center of Harvard’s Kennedy School and a visiting fellow at the American Enterprise Institute.