In recent years, I have repeatedly come across news of American police departments that were hunting for white non-criminals based solely on hatred for their legal beliefs. Well, they got one now.

I have also complained for years of the increasingly PC posture of the Daily Mail, which supports the persecution of Nancy Arechiga.

Woman, 52, is arrested for 'leaving racist letters at five homes demanding foreign residents 'go back to your land immediately' so that a white person can move in instead'

By Ariel Zilber For Dailymail.com

A 52-year-old woman has been arrested for allegedly writing a racist letter ordering residents of a San Francisco Bay Area town to vacate their homes so 'a white person can move in.'

Nancy Arechiga, a resident of San Leandro, is alleged to have left the notes at five different homes in the Heron Bay section of the Oakland suburb on Friday evening. 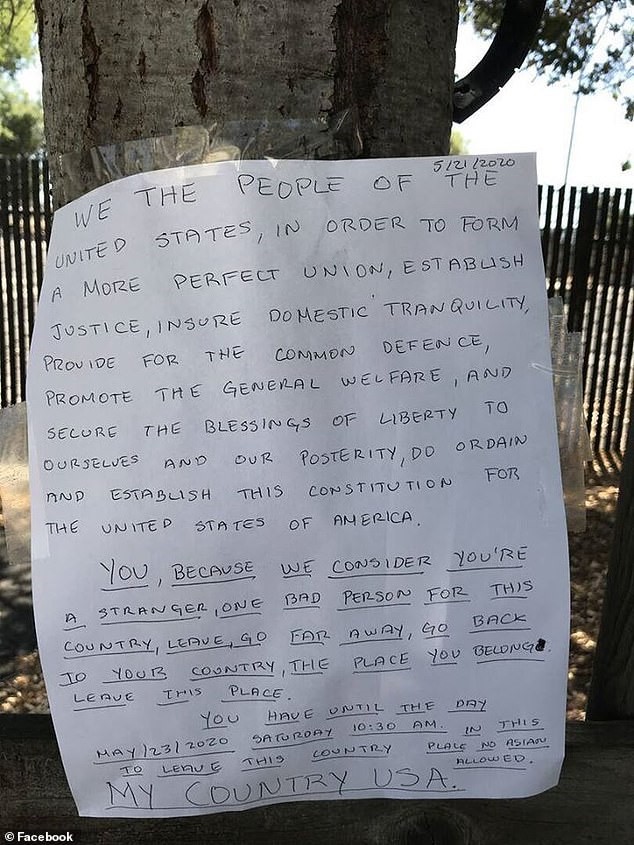 The letter generated significant attention on social media after it was circulated by one of the residents who received it, Trinny Wynn.

The letter, which was dated May 22, reads: 'We the People of the United States, in order to form a more perfect union, establish justice, inspire domestic tranquility, provide for the common defense, promote the general welfare and secure the blessings of liberty to ourselves and our posterity, do ordain and establish this Constitution for the United States of America.[ More ]

Nowhere did the Daily Mail identify any laws that Ms. Arechiga had broken. “Leaving racist letters” at people’s homes, demanding they decamp for their lands of birth is not against the law.

No law criminalizing “inappropriate posts towards minorities” exists. I wish Ms. Arechiga well, if she should sue the San Leandro PD and city administration for violating her First Amendment rights, for false arrest, malicious prosecution, public humiliation under color of authority, etc.

The San Leandro P.D. opened its official statement with,

“A San Leandro woman was identified and arrested last night after posting insensitive messages towards minorities in a San Leandro community.” 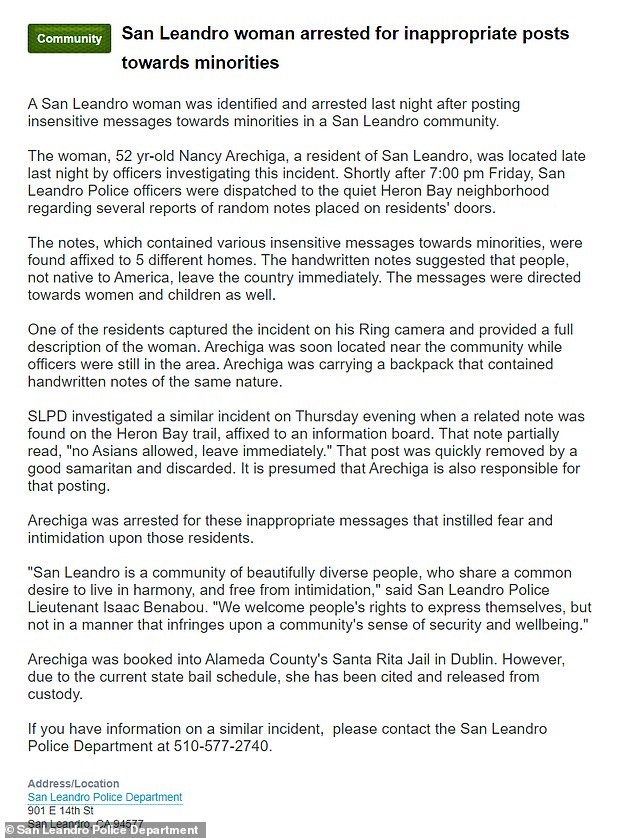 Another unwitting confession follows below: