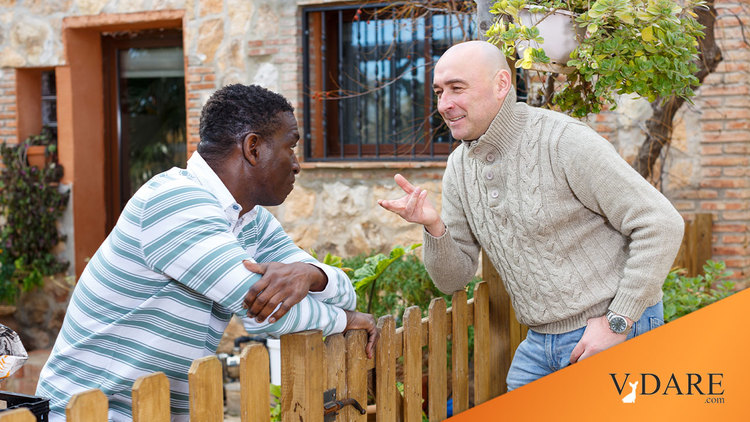 From the Journal of the American Medical Association:

Substantial racial disparities exist for gun homicide deaths in the US: the 2003 to 2017 age-adjusted rate was 7.4 times higher for Black individuals than for White individuals.

That is that blacks were 7.4 times as likely to be murder victims as whites, from CDC data. (Note that CDC victimization data does a pretty good job of breaking out whites from Hispanics, unlike FBI offending data.) The ratio of black murder offending rates goes unsaid.

Walker et al found an even greater disparity in Chicago and suggested that because race may be a surrogate for income, public health interventions should aim to alleviate poverty in order to reduce gun violence. However, in Philadelphia, Black individuals of the same income level as White individuals were at higher risk of being shot, suggesting that public policies to reduce gun violence and racial disparities might need to go beyond alleviating poverty. In this cross-sectional study, we examine disparities in gun homicide rates among neighborhoods of different racial composition for fixed levels of socioeconomic status….

We obtained from the Gun Violence Archive information on gun homicide deaths by US Census tract from 2014 to 2018. To measure US Census tract racial composition and socioeconomic status, we used data from the American Community Survey’s 2014 to 2018 US Census tract profiles and computed the deprivation index, which is a 0 to 1 scale based on poverty rate; median household income; residents older than 24 years without a high school degree; residents without health insurance; residents receiving public assistance income, food stamps, or the Supplemental Nutrition Assistance Program; and vacant housing units.

The higher the percentile ranking of a neighborhood on the deprivation index, the worse it is.

For a fixed socioeconomic status of a US Census tract—high, medium or low—US Census tracts with a higher proportion of Black residents have higher gun homicide rates. The US remains highly residentially segregated by race despite improvements since the 1960s. Besides residential segregation reducing Black individuals’ socioeconomic status by such mechanisms as inhibiting wealth accumulation through housing value and limiting access to high-quality schools, our findings suggest that even among neighborhoods of the same socioeconomic status, residential segregation may put Black individuals at higher risk of gun homicide. Potential explanations include the following being more prevalent in higher proportion Black neighborhoods: lack of institutional resources and opportunities caused by racial wealth gaps and underinvestment, the legacy of punitive law enforcement leading to difficulties controlling crime, lower collective efficacy due to lack of political power or city responsiveness, geographic proximity to poor neighborhoods, and gang networks or interconnections.

Further studies should be conducted to investigate these explanations and design policies to reduce gun homicides. Limitations of this study include the inability to pinpoint the demographic characteristics of the people affected by gun homicides.

The lowest murder rate is seen, not surprisingly, in the top left corner, which represents neighborhoods at only the 10th percentile of deprivation (90th percentile of privilege) and only 1% black residents. According to the researchers big multiple regression model, these neighborhoods can be expected to see 1.0 homicide per year.

Of course, a big limitation in this data is that the Gun Violence Archive doesn’t break out victims, much less shooters, by race. So what we’d like to know is what percentage of the murderers in each type of neighborhood are black.

Raj Chetty’s theory appears to be that if you can get ghetto moms to move to a nice suburb before their sons are headed for the street gang thug life track, the sons will do a lot better. But it’s hard to evaluate this using this data.