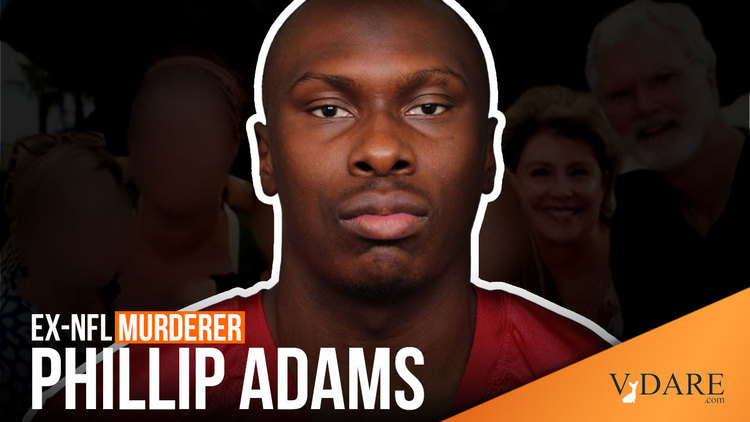 What we know about ex-NFL player Phillip Adams, gunman ID’d in SC mass shooting
By Joshua Rhett Miller April 8, 2021 | 10:27am

The alleged gunman in a mass shooting that killed five people in South Carolina — including a doctor and two of his grandchildren — was a former NFL player who had suffered concussions during his sporting career and had been treated by the slain physician.

Phillip Adams, 32, a former cornerback, last played in 2015 for the Atlanta Falcons but he also had stints with the Seahawks, 49ers, Raiders and Jets during a six-year career — which was marred by injuries.

During the 2012 season with Oakland, Adams suffered two concussions during a three-game span, as well a groin injury that ended his season, The Herald reported.

The victims included prominent local physician Dr. Robert Lesslie, 70, his wife, Barbara Lesslie, 69, and two of their grandchildren, 9-year-old Adah Lesslie and 5-year-old Noah Lesslie, a source close to the investigation told The Associated Press. They were gunned down in their home.

The cornerback also shot two workers in the home, one fatally.

The doctor and his family were white, while I don’t know about the two workers. The killer was an ex-NFL cornerback, so you can guess his race.

The body count ratio—five dead, one wounded, not counting the shooter’s subsequent suicide—is typical of non-black mass shootings because this guy didn’t intend to get away with it.

Adams’ parents live near the Lesslie family home in Rock Hill and the former NFL pro had been previously treated by the doctor, a source told the Associated Press.

Will any pundits blame this tragedy on Segregation? After all, the NFL forces only blacks to play cornerback.

Speaking of concussions, it appears that the new Ken Burns Hemingway documentary on PBS (which can be watched online here) emphasizes the remarkable number of head injuries the writer suffered (Hemingway was accident-prone), which may have contributed to his notorious decline. From The Atlantic:

Ken Burns and Lynn Novick’s new documentary, Hemingway, dramatizes one of the great revolutions in the history of American literature.

His poor head, you keep thinking as you watch Ken Burns and Lynn Novick’s Hemingway. His poor bloody head. Even the corroded voice of Peter Coyote, whose narration is a study in American understatement, goes up a semitone as Hemingway—in a plane crash in Uganda, this time—sustains “yet another major head trauma.” Nine in total, spaced throughout his adult life. And that doesn’t include whatever shots he may have taken while he was boxing or drunkenly fistfighting. War to war, wife to wife, novel to novel, in all of his adventurings and embracings and abandonings, his most constant mistress may have been concussion.

In contrast, film director John Huston, the mid-century American celebrity most like Hemingway in his lifestyle of blood sports and brawling, enjoyed lifelong good luck regarding accidents. Perhaps relatedly, after triumphing in the 1940s (The Maltese Falcon, The Treasure of the Sierra Madre), Houston frittered away most of what should have been his prime in the 1950s-60s (e.g., The Misfits). But, his rugged health, unlike Hemingway’s, largely being unmarred, Huston was able to come back to enjoy an impressive old age in the 1970s (The Man Who Would Be King) and even 1980s (Prizzi’s Honor).