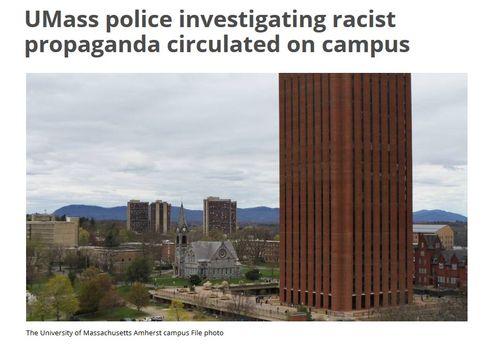 Why Are Police Investigating Flyer Postings?

It seems like every day there is another example of this. A group posts a flyer, media hysteria ensues, and for some reason, the police get involved.

DURHAM, N.C. (WNCN) - Duke Police are investigating after stickers "associated with a neo-Nazi group were found on campus" Thursday night, according to executive director of news and communications Keith Lawrence.

Three stickers associated with the group "Identity Evropa" were found on campus. The Southern Poverty Law Center says it is a white nationalist group founded in 2016. It also said its members helped plan the 2017 Unite the Right rally in Charlottesville, Virginia.

University of Massachusetts Amherst police have launched an investigation after fliers and stickers from a white-nationalist hate group were found posted on campus on Wednesday.

The stickers and fliers were from the group Identity Evropa, according to a post on the popular Facebook page Overheard at UMass. The organization’s goal is to mainstream white nationalist ideology among college-aged men by, among other tactics, fliering on campuses, according to the Southern Poverty Law Center. The group’s Twitter page is filled with photos from cities and campuses where they have posted propaganda.

Suspicious condition: At 10:08 a.m. Nov. 4, two paper signs with the Identity Evropa logo were found at East Avenue and Knollwood Road and in the 300 block of Penfield Road. The Southern Poverty Law Center categorizes Identity Evropa as a white nationalist group.

Now, on every campus in the country, you will find dozens of flyers for every far-left or Communist group you can imagine. You will find calls for revolution or the overthrow of the capitalist system or whatever else without much effort. Yet you don't see the police investigating.

More importantly, you will see literally dozens of groups, all of which are explictly organized on ethnonationalist lines, all happily organizing their own people. No one seems to have a problem with this. Yet when Identity Evropa members put up flyers, all of which are very mainstream and don't have anything to do with "neo-Nazism," all hell breaks loose. 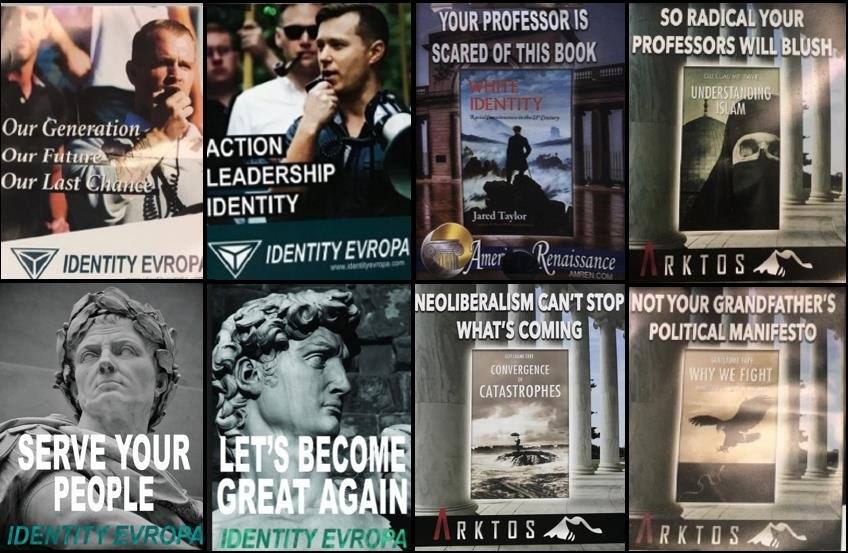 Why are police involved in this at all? Is the Southern Poverty Law Center simply the equivalent of the FBI now? Maybe it is.

Urged on by journalists, the great enemies of free speech in this country, the United States of America is moving dangerously close to thoughtcrime. And the kind of ideology that is being essentially outlawed is something close to the political philsophy that put Donald Trump in the White House.