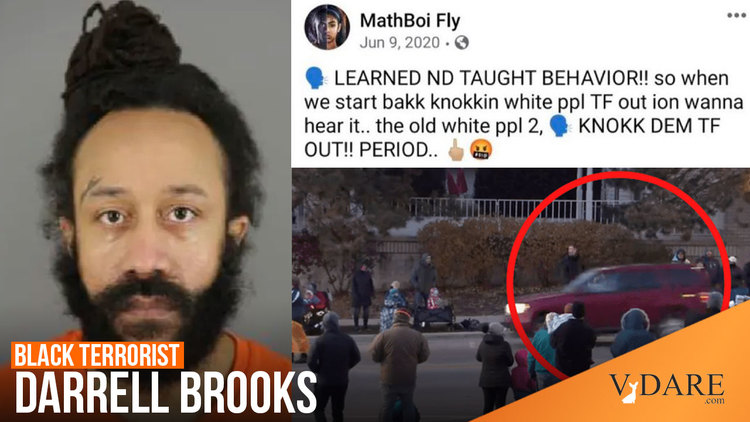 Wisconsin Christmas Parade Crash: Black Guy With Dreadlocks? What Happens When He Finds Out He Was Doing It To Avenge White Guys?

In Waukesha, WI, a red SUV--media is always happy to report the color of a car--crashed into a Christmas Parade injuring 20 mostly white people.

I've been looking for evidence of who the driver was, and what color he was, but the MSM is not wanting to tell me.

But on Twitter I found a clip of a black guy calling in to a TV station saying it was reportedly a black guy with dreadlocks, who then says "I don't know if you want to use that." He also qualifies that he's a black guy himself.

So here's what I want to know: if this is a BLM atrocity, was the driver sufficiently "low information," thanks to the MSM's deliberate suppression, to think that Kyle Rittenhouse's attackers ("victims" to the MSM) were black?

What's he going to think when he learns he's going to jail for 25 to life to avenge the justifiable homicide of two white men?

War on Christmas note: while this is a specific attack on a Christmas festivity by someone who may be a Black Muslim, the normal War on Christmas thinking is seen in all the MSM stories that seem to think Waukesha was having a "holiday" parade.

It's not: it's officially Waukesha's 58th CHRISTMAS Parade.