You Read It First At VDARE.com: Tim Kaine's "Radical Roots" Come From The Anti-White Populism Of Latin America

Former Ohio Secretary of State Ken Blackwell, a black Republican and therefore someone who always has reliable access to The Megaphone at least at some level,  has a new article in The Hill about the "radical roots" of Tim Kaine.

According to the media, Tim Kaine took a life transforming "mission" trip to Latin America in 1980. Conveniently left out of these stories, are the radical reality of the Cold War in Latin America and Tim Kaine's Soviet sympathizing mentors. In fact, whatever Kaine's intentions, he more likely met Karl Marx than Jesus Christ while there.

Connect the dots with a little history, and an alarming picture emerges of Kaine's adventures with radicals and revolutionaries in 1980s Latin America.

Reports indicate that in Honduras, “Mr. Kaine embraced an interpretation of the gospel, known as liberation theology...”

This wasn't mainstream “Catholic thought” at the time. It was a radical, Marxist-based ideology at odds with the Church, the pope, and the United States, but supportive of (and supported by) the Soviet Union.

To counter Vatican opposition to this theology, now published documents from the Soviet and East German archives show “active measures” were undertaken to undermine the Vatican and the pope — key barriers to a Soviet influence in Latin America.

As you might expect, Blackwell talks a lot about communism but doesn't really talk about the racial animus which drove so much of this ideology. You can read the real story in How Tim Kaine Became All-American Anti-White Leftist in Honduras, which we published less than a week ago.

With your support VDARE.com is driving the conversation. And don't bother reading the Main Stream Media. All the important facts you're going to read here first. 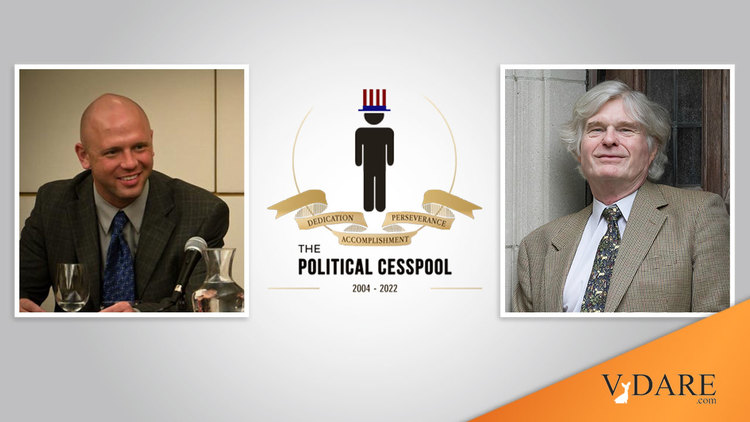