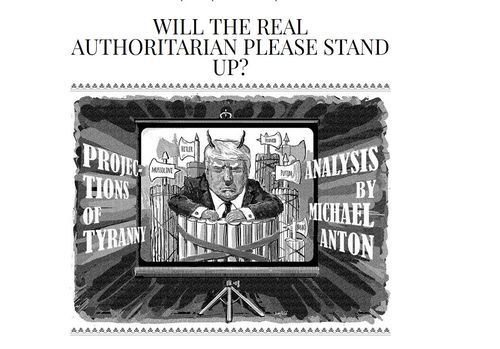 Well, President Donald Trump is in some legal trouble. His lawyer, Michael Cohen, has turned on him. How someone’s lawyer can turn on him and provide testimony acceptable in legal proceedings is beyond me, but never mind. What’s clear is that these charges being thrown against him have nothing to do with so-called “Russian collusion.” It’s clear the media and the special counsel are just desperate to pin something on the president.

What’s so incredible about this is how the same people who are so concerned about the “rule of law” and who call Trump a “dictator” are completely unconcerned about millions of illegal immigrants breaking the law every day. It was only a few weeks ago that we had a media meltdown about “families being separated” simply because immigration laws were being enforced. In many of these cases, the people being “separated,” weren’t parents from children, but smugglers from victims. No one in the media cared.

If anything, President Trump has been remarkably restrained about using the powers of his office. He’s been too restrained in fact, which is why he’s running into many of these problems. Indeed, despite being the head of the executive branch, he hardly seems to have any control over the government. And people still keep calling him an “authoritarian.”

Michael Anton, who wrote the magnificent essay on “The Flight 93 Election,” recently penned another masterpiece with “Will The Real Authoritarian Please Stand Up?” He points out that so many of those who accuse Donald Trump of being a dictator are the ones actually destroying America’s tradition of self-government: 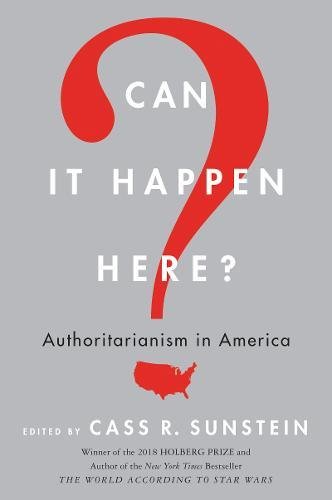 The greatest factor in hastening the end of American-style democracy over the past 125 years (at least) has been increasing government centralization and administrative rule. To answer the question posed by Harvard Law professor Cass Sunstein’s edited volume: it already did happen here! The project all along has been, and still is, to end politics. That is, to foreclose as illegitimate public debate and disagreement on issues allegedly settled by science and administered via expertise. As our personal freedom to abuse our bodies, sate our appetites, and neglect our duties ever expands, our actual freedom to govern ourselves and determine our collective future radically contracts. The people writing these ostensible democratic laments are all in the intellectual lineage of those who brought us to this point. Their aim is to complete the project. Trump’s aim—however inchoate or implicit—is to reverse it. Who’s the real anti-democrat?

That’s clearly true when it comes to immigration, which the elite would like to “foreclose as illegitimate public debate.”

Something similar to what is happening in America is taking place in Italy. Matteo Salvini, the leader of the Lega Party and the interior minister of the extremely based Italian government, might be charged with “kidnapping.” Why? For not letting hundreds of illegal immigrants into the country.

We’ll link to the Vice version of this story just to highlight how cancerous it is. 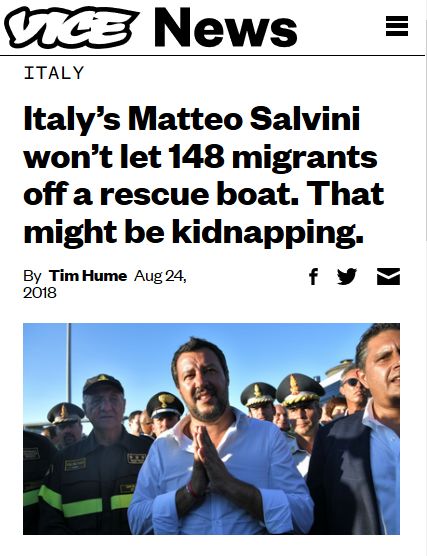 On Wednesday, Luigi Patronaggio, a prosecutor in Sicily where the ship is docked, boarded the vessel, then announced he had opened a kidnapping probe against “unknown” persons for detaining the migrants against their will.

In a radio interview Thursday, a defiant Salvini shot back, saying he was not concerned about the probe.

“There’s a court that is investigating whether those illegally on board the ship have been kidnapped,” Salvini said. “I’m not unknown. My name is Matteo Salvini... I’m the Interior Minister and I think it is my duty to defend the security of this country’s borders.”

This is what we could call Bad Faith Law. Obviously, it’s not “kidnapping” to prevent people who shouldn’t even be coming to your country from entering. But we have way too many prosecutors, judges, and lawyers that use any pretext, no matter how flimsy, to prevent any immigration controls from being enforced. It is the law being used to subvert the law.

The law isn’t supposed to be a weapon. It’s supposed to be a code that can be understood, obeyed, and respected by every citizen. When it is used as a means for those who hate the nation to subvert it, it loses its function.