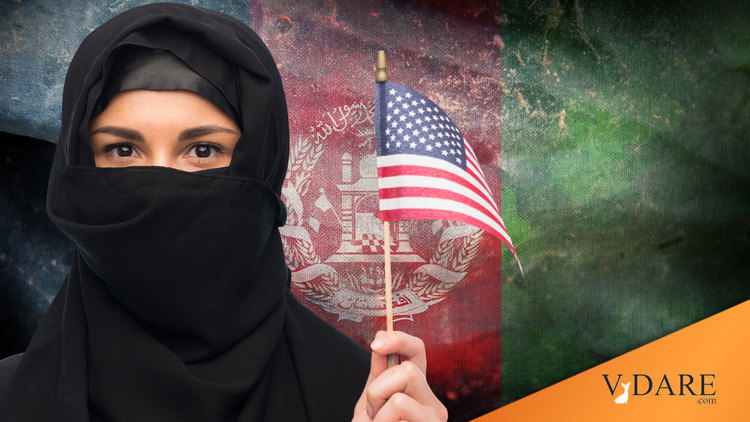 Does anyone today still seriously maintain that the mass immigration of the last 30 years is not transforming America?

The classic argument in support of immigration, especially among conservatives and neo-conservatives, has always been that the immigrants would assimilate to the culture of their new homeland. Indeed, most conservatives believed that assimilation was the prerequisite for accepting immigrants and that if immigrants didn't assimilate, they shouldn't come.

Today, that argument is virtually impossible to make.

The most obvious test of assimilation is language, which in turn is one of the strongest and most obvious bonds of a unified nation and culture. It's hard to see how a nation can remain unified unless its citizens share a common language. In the United States, it's now clear, we don't.

NBC News reported last week that the 2000 census shows that "in 13 states ... more U.S. residents are speaking Spanish at home." The report calls that trend "inevitable," given "the surge in the nation's Hispanic population over the 1990s," which is exactly what opponents of immigration were saying back in the days when the open borders lobby was chirping that immigrants would simply learn English. So much for the assimilation argument.

Along the same theme, the Washington Times reports that in the Washington, D.C, area, automatic teller machines now routinely carry instructions in both English and Spanish. Since the Hispanic population in the area is about 8 percent, the Times tells us that's "not surprising." Maybe what is surprising is that the majority of the nation's ATMs are also multilingual. "About 90 percent offer Spanish and English," an executive for a financial services consulting firm told the Times. "But in the future, they will be offering other languages as well." [Spanish language joins U.S. culture, May 20, 2002]

So will other institutions. In California, 12.4 million residents told the Census Bureau they spoke a language other than English at home, and perhaps the alarming part (if alarm is still possible) is that only 65 percent said their home language was Spanish.

In other words, Hispanics aren't the only immigrants not to assimilate linguistically; no one else does either.

The current fashion is to regard multilingualism as a cute addition to the national mosaic, but there are obvious problems in schools, governments, businesses and just about every other institutional relationship in the country. The larger point, however, is not so much the administrative difficulties that a polyglot nation creates but rather the nation it destroys.

This week the Washington Post carried a beaming story about Muslim women in the United States preferring to wear their traditional headscarves. "It's gotten to the point where I felt this is my culture and my heritage," Lisa Hashem, a college graduate with a degree in engineering, told the Post.

That's terrific. Why doesn't she go back home where she can enjoy her culture and her heritage all the time?

This week also the Washington Times reported on the growing presence in American theaters of Indian films—one of the most popular is something called "Kabhi Khushi Kabhi Gham"—due to "the increasing number of Indian immigrants in the United States." There's nothing wrong with the films—except their themes, plots, music, language, and stars aren't ours. If Lisa Hashem can have her culture and her heritage and Indian immigrants theirs, why can't we have ours?

In the absence of assimilation, immigrants—dare we say "inevitably"?—impose their own culture on their new country, and they will do so more quickly and firmly if the country's old culture puts up no resistance. Today cultural resistance to alien folkways is almost impossible, if not actually illegal.

NBC News was right: Given mass immigration, alien languages, alien dress, alien forms of entertainment are "inevitable," and so is the extinction of the traditional culture and heritage of the nation that welcomes the immigrants.

The counter-argument is that all this is "diversity" and will "enrich" us by exposing us to alternative cultures and ways of thinking and expressing. But we can get that out of National Geographic; the real danger of "diversity" is that eventually it makes the nation itself incoherent.

Language, dress, and movies are one thing, but if the millions of immigrants from non-Western cultures who have arrived here in the last 30 years don't assimilate in these comparatively trivial ways, how have they not assimilated in more important ways—in folkways that govern political conduct, family life, ethics, work, and national identity?

Sooner or later we may discover that many simply never assimilated in any way—and as a result that we no longer have a nation at all.