An Imperial Presidency In The Making?

"On Thursday, the president challenged Republicans who planned to campaign on repealing his health-care bill with, 'Go for it.' Two days later, he made 15 senior appointments without Senate consent, including a union lawyer whose nomination had been blocked by a filibuster.

"At a bill-signing event Tuesday, he is set to laud passage of higher-education legislation that was approved despite Republican objections through a parliamentary maneuver that neutralized the party's filibuster threat."

Americans should thank God that George Washington was our first President, because no one exemplified self-discipline and humility more than he did. After having led the colonies to perhaps the most miraculous revolution in world history, Washington was universally adored and even idolized. There were many that even attempted to make Washington America's king. He flatly refused this proposal, of course. (Compare Washington's character and humility to former President G.W. Bush, who, on this subject, said, "If this were a dictatorship, it would be a heck of a lot easier, just so long as I'm the dictator.")

The concept of an American monarch may seem foreign to us today, but remember that a monarchy was the only form of government the colonists had ever known. And there can be no doubt that a monarchy (or some form of it) has been the single most popular form of central government that the nations of the world have utilized.

But remember, too, the theme of America's War for Independence was "No King But Jesus." And no one believed that more than General George Washington did.

Like most of America's founders, Washington distrusted government in general and despised big government in particular–even though people were willing to make him government's imperial ruler. Listen to the Father of our Country:

"Government is not reason; it is not eloquence; it is force! Like fire, it is a dangerous servant and a fearful master."

Unfortunately, there hasn't been a man of George Washington's caliber in the White House for many a moon. Instead of distrusting and limiting the central government, the vast majority of modern Presidents have completely ignored the constitutional role of the Presidency, and have sought to expand the authority of the executive branch of the federal government to proportions never allowed in the Constitution or envisioned by its creators.

And Barack Obama is following the example of his predecessors by continuing this malevolent model (with increased rapidity, I might add). The above-mentioned stories are just the latest examples of what is fast becoming an imperial Presidency. It seems that every day another example of executive arrogance and usurpation of power takes place.

Given the lack of genuine humility and character of America's President–and the unwillingness of Congress and the Supreme Court to restrain his unconstitutional propensities–it is left to the states and the People to hold this would-be king in check.

And here is another reason to be thankful for America's founders: they recognized the ultimate role of the states in safeguarding and protecting liberty. As James Madison said in Federalist 45, "The powers delegated by the proposed Constitution to the federal government are few and defined. Those which are to remain in the State governments are numerous and indefinite."

In Federalist 39 Madison said, "Each State, in ratifying the Constitution, is considered as a sovereign body, independent of all others, and only to be bound by its own voluntary act. In this relation, then, the new Constitution will, if established, be a FEDERAL, and not a NATIONAL constitution." (Emphasis in the original.)

If America's founders desired that a national–or monarchal–government be established in the United States, what was the purpose of the original 13 colonies retaining individual statehood? Why would each State retain its authority as "a sovereign body," if not to serve as a vanguard against the encroachment upon liberty by the central government?

And never has liberty been more vulnerable to oppression and tyranny than right now! Why? Because ever since 9/11, both political parties in Washington, D.C., have placed America in a state of perpetual war. This fact alone puts the federal government in a position to become America's oppressor.

In the first place, the Congress of the United States (then controlled by Republicans) abdicated its constitutional obligation to be the sole determiner regarding America's entrance into war by providing then-President Bush with virtually unlimited and unchecked ability to determine and wage war clearly outside the perimeter of constitutional authority. And since taking over the federal government last year, Democrats in Washington, D.C., have followed suit.

But listen to Madison: "The executive [President] has no right, in any case, to decide the question, whether there is or is not cause for declaring war."

Furthermore, the condition of unending, perpetual war only serves the purpose of lessening liberty. To quote Madison again: "No nation could preserve its freedom in the midst of continual warfare."

Madison also declared, "If Tyranny and Oppression come to this land, it will be in the guise of fighting a foreign enemy." And one more from Madison: "The means of defense against foreign danger, have been always the instruments of tyranny at home."

One needs to only look around to observe that Madison's warnings are quickly becoming a reality in these United States.

What all this means is that the American people cannot rely on Washington, D.C., to control itself. We cannot trust Washington politicians and bureaucrats to have the character and self-discipline to honor the Constitution and defend our liberties. If we are to preserve our freedom in this country, it will be up to the body politic in each State to do it. If the Congress and Court in Washington, D.C., will not rein in this burgeoning monarchy at 1600 Pennsylvania Avenue, then the states and People must.

At this point, I do not believe there is any way to avoid it: a showdown between freedom-loving states and the federal government is inevitable. But not only is it inevitable, it is absolutely necessary!

The central government in Washington, D.C., is quickly morphing into a monarchy–or at the very least an oligarchy. And neither the Donkeys nor the Elephants inside the Beltway are willing to do anything to stop it.

Either the states determine to defend the rights and liberties of the American people now, or we are destined to be governed by DC's despots. Furthermore, we cannot cede to the US Supreme Court–or to any other federal authority–our independence, and most certainly, those fundamental elements necessary to our very survival. Only the states and the People, respectively, can maintain these bulwarks.

The question is, Will my State raise the "Don't Tread On Me" flag and sincerely defend my liberties? And the follow-up question is, If my State will not do it, which states will, and what will I do?

We have little choice. Either we join with a State that will fight for our liberties and help procure freedom for our posterity, or we follow radical unionists (and globalists) into a modern-day monarchy that is marching America toward oppression and servitude.

Dr. Chuck Baldwin is the pastor of Crossroad Baptist Church in Pensacola, Florida. He hosts a weekly radio show. His website is here. 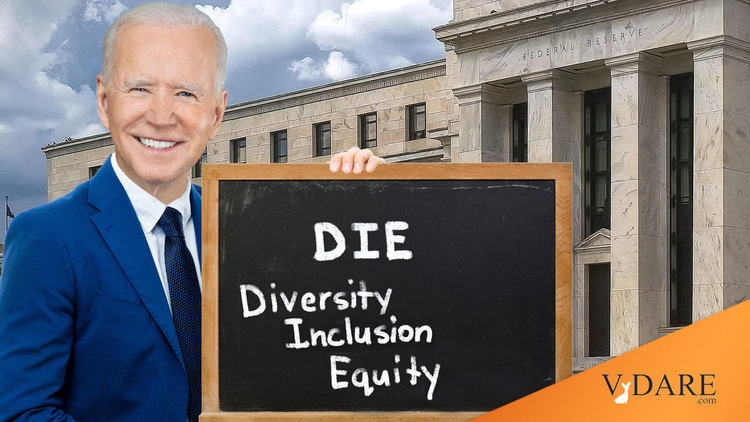