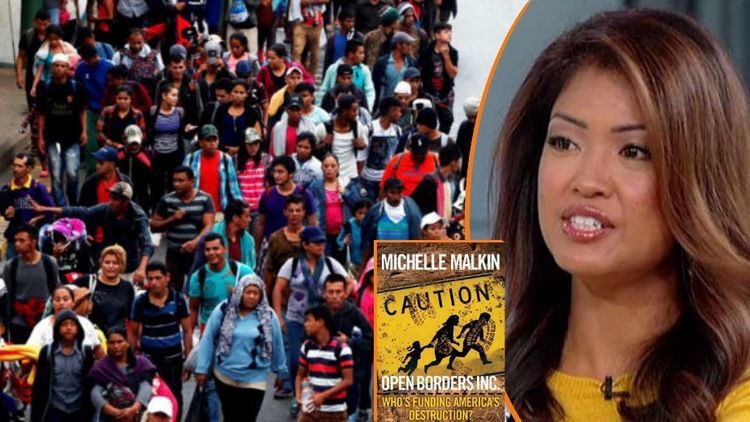 The latest, lawless migrant caravan hurtling from Honduras to our southern border is as organic as AstroTurf.

The Central American trespassers now number between 2,500 and 4,000. Two weeks ago, slickly designed flyers disseminated on social media beckoned them to sign up for the latest journey and meet at a bus stop in San Pedro Sula. That village is caravan ground zero, where Honduras's destabilizing Libre Party and its former top legislator-turned-agitator Bartolo Fuentes, have brazenly spearheaded past caravan organizing campaigns since President Donald Trump took office.

On Monday, the throngs reached the Mexico-Guatemala border, where mobs of mostly young men threw rocks and sticks at police—while sympathetic international "journalists" selectively captured and curated tired women and crying children on the trek with state-of-the-art cameras and livestreams.

Make no mistake: These are not desperate people suddenly seeking refuge from violence and harm. They are low-wage workers, pew-fillers and future ethnic-bloc voters being exploited by Big Business, the Vatican and the Democrat Party.

Pueblo Sin Fronteras may be the most recognizable name behind the caravans, but global Catholic elites play a central role in the coordination of this transnational human smuggling racket. Trump-bashing, American sovereignty-trashing Pope Francis donated $500,000 nine months ago from his Peter's Pence fund to assist illegal immigrant caravan participants. The subsidies cover "27 projects in 16 dioceses and Mexican religious congregations" for "housing, food and basic necessities," as well as "migrant" assistance programs "run by seven dioceses and three religious congregations: the Scalabrinians, the Sacred Hearts of Jesus and Mary and the Hermanas Josefinas," according to the Catholic News Service.

As I have reported on my investigations in "Open Borders Inc.," the Catholic "Underground Railroad" of migrant safe houses that extend across Central America, through Mexico, and up to and into the U.S. is a well-oiled machine. The United Nations' International Organization for Migration in Mexico has guaranteed supplies of medicine, hygiene products, construction materials, as well as therapy services and legal training, for caravan marchers who are housed at the Hermanos en el Camino shelter, along with the Catholic-run Hogar de la Misericordia shelter and Jesus el Buen Pastor del Pobre y el Migrante shelter. Funding comes not just from Catholic parishioners, but also U.S. tax dollars. The La 72 shelter in Tenosique is run by Franciscans. The El Caminante shelter in Palenque is overseen by Catholic nuns. The Scalabrinians operate Casa del Migrante in Tijuana and have managed an entire shelter ministry network since 1999.

On the southern border of Mexico in Chiapas, the city of Tapachula is the first entry point for Central Americans headed to the U.S. There, the Fray Matias de Cordova Human Rights Center provides "comprehensive support" to illegal immigrant travelers including legal consultations, monitoring of detention centers and "online resources, art and social activities, job training, and basic social services." The group has received nearly $200,000 from the liberal MacArthur Foundation.

Also in Tapachula, the Jesuit Refugee Service opens its churches and pastoral centers to provide shelter, monetary aid, voluntary aid and emergency assistance. Its team of lawyers, psychologists, social workers and Jesuit clergy spread from Tapachula to Comalapa and Mexico City. JRS staff served as sherpas for the 2018 caravan marchers and liaisons with the U.N. High Commission for Refugees.

Jaime Calderon Calderon, the Catholic bishop of Tapachula, Mexico, immediately pledged aid this month to the newest waves of border-jumpers and river-crossers, openly acknowledging that he received a heads-up from other bishops in the Northern Triangle (Guatemala, Honduras and El Salvador). But while Calderon and the bishops blame "violence" for the most recent invasion, homicide rates have either fluctuated or fallen significantly in Guatemala, Honduras and El Salvador since Barack Obama's executive amnesty programs (DACA and DAPA) were announced in 2012.

Migrants themselves refute the "fleeing violence" narrative: An International Organization for Migration poll of more than 3,200 Guatemalan households in 2016, highlighted by the Center for Immigration Studies' Kausha Luna, reported that 91% of migrants surveyed had moved to the U.S. for economic reasons (jobs, homes, income boosts)—while only 0.3% blamed violence, 0.2% cited extortion and 0.2% attributed their decision to gangs.

It's all about the dinero. Central American workers, legal and illegal, sent back nearly $20 billion in remittances to their home countries in 2018, a tidy sum of which will end up back in Catholic collection plates. Remittances sent to El Salvador are now equal to 20% of its GDP; Guatemala, 11%; and Honduras, 18.8%. Meanwhile, the percentage of the population of Guatemala now living in the U.S. is close to 7%; for El Salvador, the percentage now stands at 22%; and for Honduras, we now have absorbed 9.2% of their people.

This is a deliberately orchestrated, relentlessly executed, slow-motion criminal invasion. If my fellow Catholics continue to aid and abet these illegal immigrant gravy trains without consequences, American sovereignty doesn't have a prayer.

Malkin is author of the book, "Open Borders, Inc.: Who's Funding America's Destruction," available directly from VDARE.com in hardcover. To find out more about Michelle Malkin and read features by other Creators Syndicate writers and cartoonists, visit the Creators Syndicate website at www.creators.com.