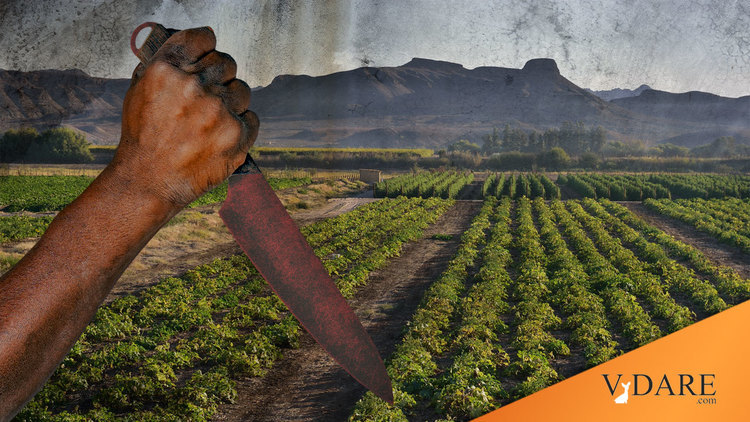 The tenth anniversary of the Rwandan genocide is upon us this week, and some predict yet another African genocide is about to unfold in Sudan. In South Africa, however, where wicked white supremacy was dismantled (also a decade ago) and black majority rule established, all is happiness, a veritable cakewalk to utopia, according to neo-conservative pundit Max Boot.

The South African government has just given Mr. Boot a grand tour, and he faithfully reports what he was told in articles in the Los Angeles Times and the neo-conservative Weekly Standard. If his adventures in fantasy prove much of anything, they show why we need to ignore whatever neo-conservatives tell us.

The African National Congress, the terrorist organization run by the Communist Party that took over the country in 1994, is the main political party and shows no sign of losing power. As Mr. Boot tells us, "There is no chance of the ANC losing the next election or the one after that. For the foreseeable future South Africa seems destined to be a one-party democracy like India prior to the 1990s or Japan today."

Of course, in our part of the world, where we actually have democracies that (at least in theory) sport two whole political parties or more, "democracy" is not quite the term for political systems dominated forever by a single party.

Mr. Boot complains that these days no one ever hears about South Africa except in terms of AIDS and crime. As for the former, it has more HIV-positive people than any other country in the world, and AIDS is expected to reduce life expectancy to the age of 36 by 2010. Mr. Boot is pleased that even though "South Africa's crime rate has spiked to among the highest in the world," in recent years "it has at least stopped rising and stabilized, though at very high levels."

What he doesn't tell us is the truth about the systematic campaign of murder and torture carried out since 1994 against South Africa's white farmers. Some 1,600 have already been murdered, and while the government claims it's simply uncontrollable crime, the indications are that it's a deliberate effort to exterminate whites and drive them off the land.

But that's only farmers. Some estimates put the number of white Afrikaners killed by blacks since 1994 at 30,000 or more.  Mr. Boot mentions none of this. "The most inspiring thing about South Africa," he sighs pleasantly, "is that there seems to be so little rancor."

After Mr. Boot finishes scribbling what the ANC's one-party democracy fed him, he should take a look at a forthcoming article on the realities of South Africa by a man who actually lives there, South African novelist Dan Roodt, in a forthcoming two-part article in American Renaissance, a monthly newsletter about race and race relations.

While Mr. Boot beams about the government's promotion of "economic growth" in the country but deplores the "bad news" of persistent economic inequality between blacks and whites, Mr. Roodt has somewhat different facts to report.

"Increasingly, whites are economic slaves," he writes. "They pay 80 percent of personal taxes, despite earning only 50 percent of total salaries. Afrikaners as a group pay the highest portion of overall tax in South Africa — 36 percent — while white English-speakers pay 32 percent. When he was in exile in Britain, [President Thabo] Mbeki is reputed to have said, 'We will suck the whites dry,' and that is more or less what is happening. South Africa is like a small, first-world economy like that of Denmark or Norway, still run by whites, but which must support a welfare state for 40 million blacks and Coloreds." [PDF]

What is happening in South Africa is simply the deliberate transformation of a Western society, economy and political culture into a Third World swamp. The transformation is taking place because the dominant race of white Westerners has been pushed out of power by the majority non-white, non-Western race.

But as Mr. Roodt understands, what's happening there is not unique.

"By a curious historical and demographic twist, the percentage of white people in South Africa — nine percent —corresponds precisely to the portion of whites as a share of the global population. South Africa is a microcosm of the world. The processes of demographic expansion, territorial occupation, and moral and intellectual subversion that we have suffered are similar to what the entire West is experiencing."

And people like Mr. Boot and his friends play a major role in pushing that experience toward its grim conclusion.

[Sam Francis [email him] is a nationally syndicated columnist. A selection of his columns,