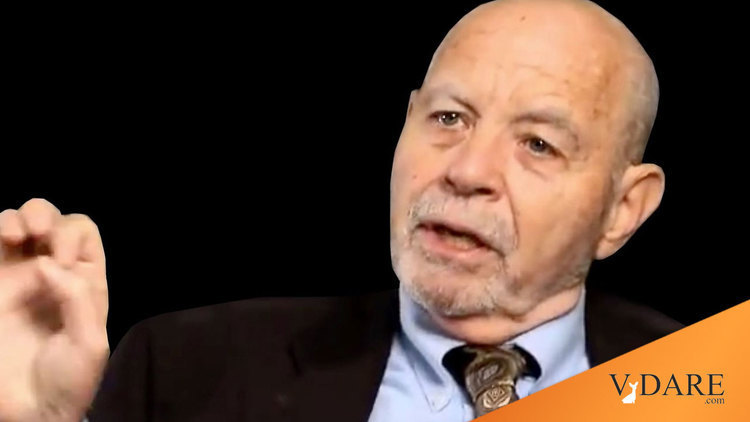 No Tears over Chavez

Chavez: The End! by Scott McConnell

While the movement conservative press has played up Linda Chavez's opposition to affirmative action as the reason for the expected congressional Democratic protests against her nomination as Secretary of Labor, there is now a further reason to oppose her confirmation.

This weekend The Washington Post revealed that Chavez had a Guatemalan illegal immigrant residing at her home in the nineties, while this tireless advocate of moderate, pluralistic conservatism went about speechifying for ten thousand dollars a clip. (That was her fee when she came to our school, in a stretch limo, to tell us that affirmative action is a bad thing "because it insults the feelings of blacks.")

Although Chavez insists that her illegal pal did not receive money for any domestic services, like looking after Chavez's offspring or helping to prepare meals, the story does not sound particularly credible. Why would an empirical Guatemalan menial be hanging around the Chavez estate in suburban Washington, as a houseguest?

Is it for the reason ventured by Ms. Chavez, that she was helping to mainstream her guest by providing counsel, free of charge, and by driving her around for instruction in the English language? Forgive me for remaining skeptical!

Moreover, Chavez seems on the point of being hoisted on her own petard. As a longtime advocate of very liberal immigration policy, Chavez and her then assistant John J. Miller (who later became a senior editor at National Review) were given their own Center for Equal Opportunity.

Here these fervent pluralists not only made the case for Third World immigration as a "conservative" position but fought wars without quarter against those who disagreed. The Center was deeply involved in a surly campaign waged against paleoconservative journalist Samuel T. Francis.

Miller, presumably speaking on behalf of his boss as well as himself, opined to a reporter at Washington's City Paper that Francis, an outspoken opponent of immigration, "should be driven out of the conservative movement." Since by 1995, when this opinion was given, the traditional Right had dwindled to very little, it might be assumed that Francis would not have cared to be driven out of what took its place.

But, more significantly, the war that Chavez's center waged against him was intended to push Francis out of his position at the Times, which actually happened when the paper's editor fired him as a columnist and editorial writer and dropped his syndicated column in 1995. There he had become the most nationally honored and most intellectually distinctive of all its columnists. Francis suffered this fate not because the Left went after him but because the oxymoronic multicultural Right, led by Linda Chavez, decided to end his career. Watching her squirm as the multicultural liberal press takes whacks at this patroness of illegal aliens causes me to experience Schadenfreude in its purest form.

Paul Gottfried is the author of  After Liberalism and professor of humanities at Elizabethtown College, PA.