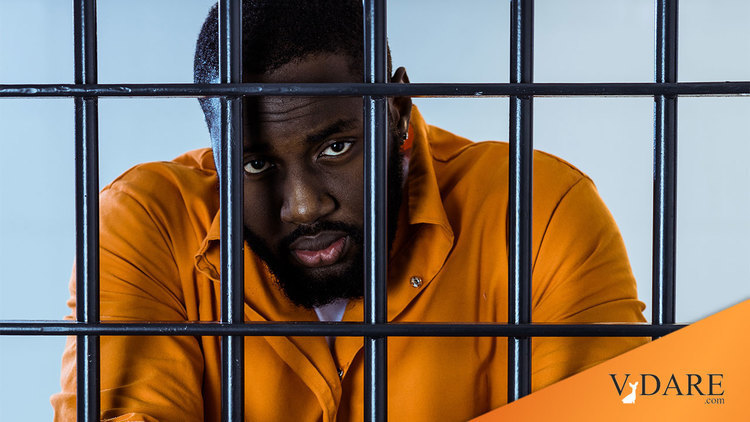 Back when an affluent lifestyle featured plenty of steaks, smokes, and Scotch, Justices of the U.S. Supreme Court [SCOTUS] tended to do us the favor of dropping dead of heart attacks or lung cancer before reaching the age of severe mental decline.

Sadly, the clean living fad has taken its toll on the Court. As Linda Greenhouse reported in the New York Times (January 16, 2005):

Today, Clarence Thomas is the only Justice under the age of 65. John Paul Stevens, who has been on the Bench for three decades, will turn 85 in April.

Of course, the Justices have staffs. But the SCOTUS budget is apparently insufficient to pay for grown-ups. So the Justices are aided by freshly minted law school grads, typically in their mid-20s.

You might call them the Puerile assisting the Senile.

The dangerous lack of contact between the real world and the Justices/clerks was evident in last week's Johnson v. California decision.

An inmate named Garrison S. Johnson, a member of the black street gang The Crips, has long been amusing himself via the popular prison hobby of jailhouse lawyering. He sued to ban the California Department of Corrections' policy of temporarily matching new and transferred prisoners as cellmates based on ethnicity until their propensity for racial violence can be evaluated. After 60 days, prisoners are generally allowed to pick their own cellmates.

This murderer's nuisance suit has now been upheld by the Supreme Court. It returned the case to a lower court with instructions to impose "strict scrutiny" on California's policy of short-term racial segregation (i.e., outlaw it).

"In the prison context, when the government's power is at its apex, we think that searching judicial review of racial classifications is necessary to guard against invidious discrimination."

Yet no evidence of invidious discriminatory intent or effect was shown. California's temporary segregation policy is not a relic of the Jim Crow past, but, like so many of that multicultural state's innovations, a harbinger of America's future. California began temporary segregation only a quarter of a century ago—not to harm any race but to protect prisoners from the growing interracial violence.

California's penitentiaries are dominated by vicious ethnic gangs such as the Mexican Mafia of Southern California, La Nuestra Familia of Northern California, the Black Guerilla Family, the Aryan Brotherhood, and the Nazi Low Riders. (As their part-white / part-Chicano name implies, the Nazi Low Riders are the only diversity-sensitive gang. Because of California's shortage of violent white criminals, they admit Latinos of at least half-white ancestry.)

Indeed, there is no evidence that Plaintiff Johnson ever actually wanted a cellmate of a different race. As Justice Thomas noted in his coruscating dissent (joined by Antonin Scalia):

"Of the 17 years Johnson has been incarcerated, California has assigned him a cellmate of the same race for no more than a year (and probably more like four months); Johnson has had black cellmates during the other 16 years, but by his own choice."

In her concurring opinion, Justice Ruth Bader Ginsburg amusingly attempted to rationalize her vote for biased race preferences in the 2003 Grutter v. U. of Michigan case upholding affirmative action and her current vote against neutral race-conscious measures intended to prevent violence.

As Greenhouse wrote in the NYT (January 16):

"Citing her own concurring opinion in the case two years ago that upheld an affirmative-action admissions policy at the University of Michigan Law School, Justice Ginsburg said that 'measures taken to hasten the day when entrenched discrimination and its aftereffects have been extirpated' should be judged under a more relaxed standard. But she said she agreed in the prison case 'that the stereotypical classification at hand warrants rigorous scrutiny.'"

"Yet two Terms ago, in upholding the University of Michigan Law School's affirmative-action program, this Court deferred to the judgment by the law school's faculty and administrators on their need for diversity in the student body… Deference would seem all the more war­ranted in the prison context, for whatever the Court knows of administering educational institutions, it knows much less about administering penal ones."

Proof of just how ignorant of prison the Justices are: Stevens, the octogenarian liberal trying to cling to life until President Hillary Clinton can appoint his successor, also derided the "stereotypes" held by officials who merely spend their every working day in prisons:

"One of these [California] officials, an associate warden, testified as follows:

'[W]ith the Asian population, the control sergeants have to be more careful than they do with Blacks, Whites, and Hispanics because, for example, you cannot house a Japanese inmate with a Chinese inmate. You cannot. They will kill each other. They won't even tell you about it. They will just do it. The same with Laotians, Vietnamese, Cambodians, Filipinos. You have to be very careful about housing other Asians with other Asians. It's very culturally heavy.'

"Such musings inspire little confidence. Indeed, this comment supports the suspicion that the policy is based on racial stereotypes and outmoded fears about the dangers of racial integration. This Court should give no credence to such cynical, reflexive conclusions about race."

I suspect Justice Stevens and/or his 20-something clerks have been watching too many bad Hollywood movies featuring cooperative multiracial gangs, complete with black computer hackers, acrobatic Asian cat burglars, and so forth.

In contrast, good gang movies, like The Godfather, are all about crime families. That's because criminals much prefer to be in business with their relatives, whom they can trust more. As Tony Soprano tells his cousin played by Steve Buscemi, "It's hard to do business with strangers."

And because racial groups are simply extended families given quasi-coherence and semi-permanence by some degree of inbreeding, gangs seldom cross racial lines.

Exactly what are these "valuable cross-racial experiences"? The late Sam Francis explained one in a VDARE.com column called "Who Rapes in Prison?" which drew upon the report "No Escape: Male Rape in U.S. Prisons" by Human Rights Watch.

This liberal activist group pointed out:

"Past studies have documented the prevalence of black on white sexual aggression in prison.(213) These findings are further confirmed by Human Rights Watch's own research. Overall, our correspondence and interviews with white, black, and Hispanic inmates convince us that white inmates are disproportionately targeted for abuse.(214) Although many whites reported being raped by white inmates, black on white abuse appears to be more common. To a much lesser extent, non-Hispanic whites also reported being victimized by Hispanic inmates."

Rape radicalizes white prisoners. It drives them to join racist gangs for self-defense and revenge. For example, John William King, one of the three white men who dragged James Byrd Jr. to death in the notorious Jasper, TX anti-black hate crime, was a burglar who had earlier served a two-year sentence.

"While in prison, [King] joined a white supremacist group and covered his body with Nazi and Klan tattoos. One psychiatrist at his trial suggested that this may have been a way to deter attacks by black inmates. Time magazine quotes another witness as saying King became part of a group known as 'peckerwoods,' described as 'whites who would not yield money or sexual favors to blacks.'"

If this country was serious about getting rid of white racist criminal gangs, it would do what it takes to eliminate their principle cause: minority-on-white prison rape.

But too many powerful interest groups benefit from the mere existence of white criminal organizations and their occasional hate crimes against minorities.

For example, the Democratic Party and the NAACP milked the Jasper murder for all it was worth (and far more) during Al Gore's Presidential campaign.

And Morris Dees' Southern Poverty Law Center has raked in millions by terrifying nice elderly liberals with horror stories about the Nazi Cossacks about to run amok again.

What could we do about these terrible problems?

As the liberal National Center for Institutions and Alternatives reported in 2001, Hispanics are 3.7 times more likely to be in prison than whites.

Why are we needlessly making our prison problem worse by doing nothing to control immigration?