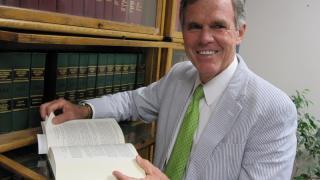 Southern Republicans Surrender on Immigration As Well As The Confederate Flag

The GOP-dominated state of South Carolina ignominiously surrendered to Leftist pressure on July 10 when the Confederate Battle Flag was lowered. Governor Nikki Haley and other Republicans are trying to act as though this is a victory, but it’s obvious this is just a case of conservative Southerners being betrayed, again, by their elected officials. Republican District Attorney Locke Bell of Gaston County in the neighboring state of North Carolina is another example—this time on the even more substantive issue of immigration. 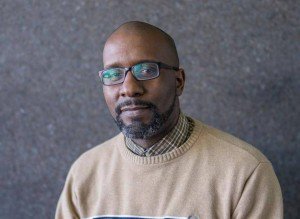 District Attorney Bell was the subject of a hit piece by black reporter Fred Clasen-Kelly [Email him] in the Charlotte Observer. Kelly charged that Bell was refusing to help Latino victims of crime by allowing them to stay in the country through a U Visa.

Bell was partially correct. The purpose of the law was to encourage illegals who had been the victims of serious crimes, especially those perpetrated by Americans, to cooperate with authorities.

However, the law does not actually specify race or legal status. Essentially, what Bell’s comment revealed was that he was wary of the deception that results when the immigrant community itself is generating crime reports, since they all have a material interest in claiming they were crime victims. And one of the inevitable results of the U Visa has been widespread fraud.

Such fraud is easy because of the program’s loose requirements. People outside the United States simply need to say they are victims of a crime. People inside simply need to report a crime and cooperate with any investigation, like you are supposed to do anyway.

There is no separate investigation by U.S. Citizenship and Immigration Services (USCIS) into the significance of the crime, if the crime actually occurred, if the crime itself was staged, whether any perpetrator was prosecuted or sentence, and no investigation into the character of the alleged victim [Making significant decisions about aliens without interviewing them, by David North, Center for Immigration Studies, May 9, 2012].

Moreover, an award of a U Visa includes derivative visas for spouses, children, parents, and siblings because of chain immigration visa. Thus, although there is a supposed limit of 10,000 U Visas each year, U.S. Citizenship and Immigration Services cheerfully informs applications “there is no cap for family members deriving status from the principal applicant, such as spouses, children, or other eligible family members” [Victims of criminal activity: U Nonimmigrant status, accessed July 13, 2015]

The only check on an essentially unrestricted and unregulated source of mass immigration: the diligence of local governments. And needless to say, the Main Stream Media and the federal government are working to eliminate that.

After pressure from both those constituencies, Bell caved on the issue:

Federal authorities said Monday that Gaston County District Attorney Locke Bell would no longer use nationality to determine when undocumented immigrant victims of crime can apply to stay in the United States legally.

Yet the campaign against Bell may continue:

“I hope Mr. Bell will not find other ways to prevent (victims) from obtaining U visas,” said Bea Coté, a local advocate for domestic violence victims.

Coté characterized Monday’s announcement as a “small victory” because she remains concerned about how the district attorney’s office treats cases involving domestic violence.

The same article boasting about Bell’s surrender contains a quote from a Raleigh immigration attorney (aka the Treason Bar) that the federal government needs to take over the process:

Applicants start by getting local police, the district attorney’s office or a judge to sign paperwork confirming their cases. The documents then go to the federal government, which conducts background checks and determines whether to issue the visa.

Prosecutors and other law enforcement officials are under no legal obligation to certify paperwork for immigrants. Local law enforcement have discretion over which cases they will verify.

Pinnix said Bell’s practices were identified only because he was brazen enough to share them with a reporter. He said federal lawmakers should revisit the issue, but that is unlikely given the political divide over immigration.

“We encounter (police) departments where the law enforcement officer has moved on and is not available and their replacement is unwilling to go by the paperwork,” Pinnix said. “People who deal with this regularly have massive frustrations.”

But localities are hesitant to award U Visas precisely because it so easily enables fraud. If this discretion is removed, it will essentially be a free visa for anyone who wants it.

Of course, U Visas aren’t really needed at all. Prior to the U Visa, if an illegal alien was needed to testify in a criminal case as victim or witness, that particular alien was paroled into the United States for the limited purpose of law enforcement support. After the services or testimony, the alien was deported. During the period of time the alien was in the United States, they were usually authorized to work legally.

And that worked perfectly fine.

It just doesn’t work when your goal is to break any resistance to importing an unlimited number of foreigners with little to no oversight. Bell was a resistor and he had to be stopped.

One can’t help but wish Bell had summoned a bit more resistance. In fact, he still could be simply refusing to certify any “crime victims,” for the U Visa program. After all, if there is anything Southern Republicans need after this last few weeks, it’s a bit more local resistance to the federal government telling it what to do.