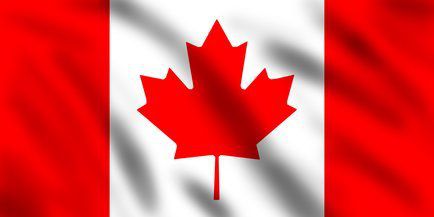 Swept Away - North Of The Border

Why did Dyer think it saved Canada? Did the "Canadian mosaic," a concept touted by Canadian multiculturalists as the opposite of the perfidious American melting pot, cause separatist Quebecois to become contented and loyal subjects of the Queen?

Not at all. The immigrants simply outvoted them!

"Were it not for the new Canadians who voted 90 per cent for Canada in the close 1995 Quebec referendum, Canada would have split into two countries, said Dyer."

Canada has changed in the past thirty-odd years, as result of government policy more or less along the lines of the U.S. Immigration act of 1965.

"In 36 years, Canada has been transformed from a country that was 98 per cent white European and two per cent native into a reflection of the entire globe, said Dyer, a freelance journalist whose column is syndicated in 175 papers in 45 countries."

Dyer attributes the change in Canada's ethnic balance to a decision made by one man: Canada's late Prime Minister, Pierre Elliott Trudeau.

"He 'strongly suspects' Trudeau made a conscious decision to do this to ease tensions between the English and French, who he compared to 'two scorpions in a bottle.'"

Dyer thinks this is a good thing. I think it's a bad thing. Either way, it was a secret thing. No one ever put it to a vote. I suspect most Canadians, like most Americans, think it just happened, like winter snowfalls or summer humidity.

Prime Minister Trudeau didn't stand up in Canada's House of Commons and say "Quebec won't be able to separate because I will import foreigners to outvote you." He didn't say that he was going to change Canada from a basically bicultural (English and French) country to a country where 20 percent of the inhabitants had been born elsewhere.

" 'He believed in Canadian unity,' said Dyer. 'I think he social engineered us into change and, if so, he's the man who saved this country. We're in the midst of one of the largest social experiments ever and it's working.'"

In fact, of course, whether it's working or not is debatable – although rarely in Canada's intensely politically-correct media. And the same thing is happening in the United States. See "Swept Away" by Peter Brimelow and Ed Rubenstein, or their 1997 article, "Electing a New People," detailing how immigration can destroy the Republican Party.

The title of the 1997 article is from a poem Bertolt Brecht wrote after the East German uprisings of 1953:

After the uprising of the 17th June

The Secretary of the Writers Union

Had leaflets distributed in the Stalinallee

Stating that the people

Had forfeited the confidence of the government

And could win it back only

By redoubled efforts. Would it not be easier

In that case for the government

To dissolve the people

It's not unlikely that the Democrats feel the same way.

The obvious question is this: why are the Republicans letting them get away with it?