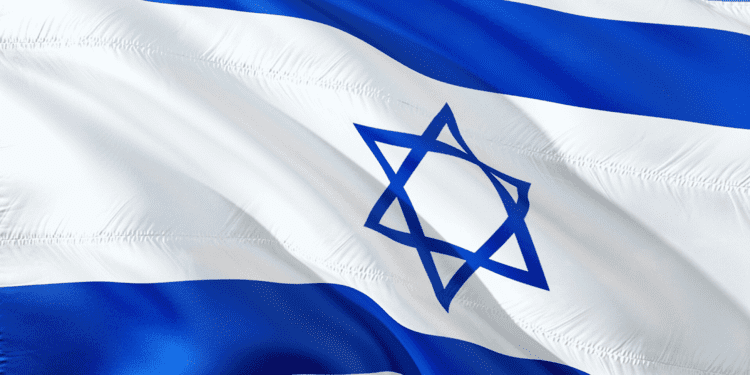 DANIEL DORON, director of the Tel Aviv-based Israel Center for Social & Economic Progress, is fighting an enemy that may be more dangerous to his country than the PLO: an inefficient, statist-oriented and bureaucracy-ridden economy. A third-generation Israeli, the U.S.-educated Doron made money as an art dealer in Manhattan (specializing in the work of the visionary painter Shalom of Safed), then returned to his native land to found this think tank dedicated to releasing Israelis' entrepreneurial energy from the grip of a bureaucracy he ruefully compares to that of the Turkish Empire, which ruled Palestine when his great-grandfather settled there.

Doron: You know the story of the man who complained to the rabbi that he hadn't room in the house for his 11 children. The rabbi told him to take in a goat, and when he let him put the goat out again, it seemed a relief. Well, Israelis have got rid of the goat of inflation, it's down to about 20%, and they are basking in that relative success. This has taken the edge of urgency off the need for economic reform. But the house still isn't big enough for the 11 offspring.

Now market forces are coming together to produce a sea change, a new Israel. Politics in Israel have been primarily about patronage. The old statist system has completely lost its verve, only a few Labor stalwarts still pay lip service to socialism. And no one can predict the political consequences of the fact that now Israel's three major banks, which with the Labor Federation's holding company own most of Israeli industry, are experiencing serious financial difficulties. So are the Labor-affiliated agricultural cooperatives and many of the over 200 state-owned corporations.

But doesn't Israel's defense burden mean that the government must inevitably play a major role in the economy?

The Israeli GNP is officially about $27 billion, and the total government budget comes close to that. Defense is about 25%. But if you factor out American aid, defense takes only about 6% of Israel's GNP.

Israel does have national goals, such as encouraging immigration, which are often given as reasons for government intervention in the economy. But they're mostly rationalizations for continuing the present inefficiency, and in fact government intervention is often counter-productive. Israel would have more immigrants, and could afford more defense, if its GNP were twice as big, which it could easily be.

Why? It has no natural resources.

Neither does Japan. Israel's wealth is its people. For example, it has more scientists per capita than Switzerland. Look at the Lavi fighter. [A major defense project, just canceled.] From an economic standpoint, it should never have been built; we should have bought a mainframe in the U.S. and adapted it. But it was a remarkable technical achievement.

What happened to the "liberalization' of the Israeli economy under Begin?

Liberalization never got off the ground. The economy remains so highly regulated that even most of the so-called private sector is run by what are in effect cost-plus bureaucrats. All the liberalization episode did was allow people to claim that the free market was discredited. We're holding a special conference marking its tenth anniversary in January—we wanted to have it near the Dead Sea, for symbolic reasons, but we couldn't make reservations in time. The Israeli hotel industry is a government-organized cartel.

Under the circumstances, it's astounding that Israel's been able to do so much. Look how many of its inhabitants drive Cadillacs—to you, they look like (and they are) Subarus, but they cost as much as Cadillacs. This is largely due to the underground economy. The real Israeli GNP is probably $30 billion.

And it is producing an interesting phenomenon: The social groups that have access to political power—the WASPs, White Ashkenazi with Protektzia —are not doing as well in their highly taxed government jobs as many of the Sephardim, who have been forced by lack of access to political power into establishing their own small businesses—beauty parlors, vegetable stalls and so on. Of course, Tom Sowell [the black American economist who has written critically about racial quotas] would not be surprised by this.

How is your message being received?

Among Israeli intellectuals, in some senses better than expected. American Jews I find amazing. They're often hard-nosed businessmen, but they go soft on Israel. Even their so-called investments are frequently noneconomic. Too often, they seem to like regarding us as a charity ward.