The War On Christmas that VDARE.com chronicles is mostly metaphorical, not real, and involves people being told “you can’t say that” rather than being beaten and shot. But the SJWs have been projecting hungrily. And, with the help of Muslim immigration, the War is turning violent. 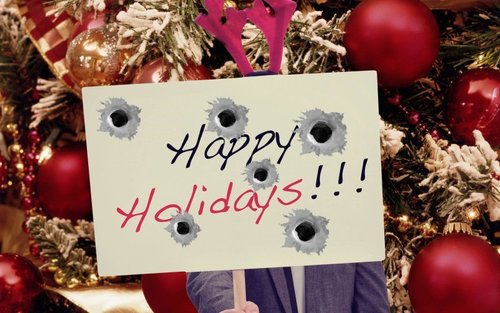 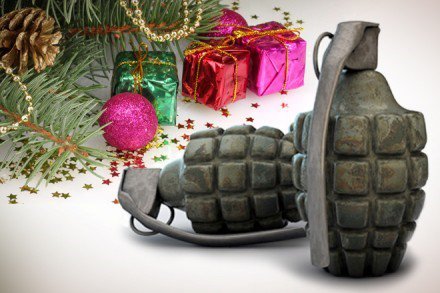 My response:  SALON Magazine (A) Admits To Fighting The War On Christmas And (B) Brings Grenades.

However, in the Current Year, 2017, a real bomb really was exploded by an Uzbek immigrant in New York. It was a failed bomb, as the Main Stream Media was quick to point out. But it says something about the nexus of Muslim immigration and War On Christmas that the bomber chose the downtown New York location because it was decorated for Christmas. [New York Bombing Suspect Reportedly Picked Target Location for its Christmas Posters By Forrest Wickman and Osita Nwanevu, Slate,  December 15, 2017] 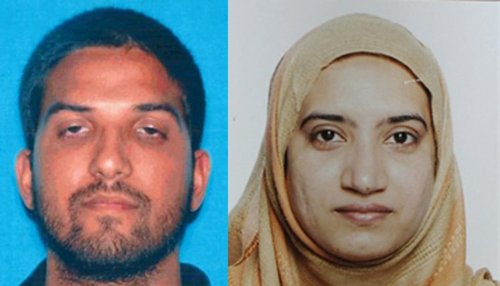 In 2015, an earlier, more successful attack by one “homegrown” i.e. immigrant-stock Muslim and one Pakistani Muslim immigrant in San Bernardino was also allegedly inspired, at least in part, by the fact that the local government office where one of them worked was having a Christmas party. (They knew it wasn’t a holiday party, and they shot 14 Americans and injured 22 others.)

This attack was a real War on Christmas

Although with impressive discipline the MSM refers to the site of the killings as a “Holiday Party,” and I’m quite sure that’s what the liberal bureaucrats at the San Bernardino County Department of Public Health called it, of course it was actually a Christmas party. Indeed, NBC’s Kerry Sanders has speculated that an accidental reference to its true nature might have provoked Farook’s reported angry departure: NBC Journo Speculates on San Bernardino Shooting: Maybe ‘Christmas Party’ Was a ‘Trigger’, by Alex Griswold, Mediaite, December 3, 2015.

If Christian churches in the U.S. were not completely degenerate, they would be raising hell about Christophobia right now. Imagine the uproar if this was an attack on a Jewish gathering. (In fact, you don’t have to imagine).

Of course, NBC’s talking heads probably think that further Christian self-abnegation would have made Farook happy. But “Holiday Party” already represents massive self-abnegation—and it didn’t work. My message to Christians: you can wimp, but you can’t hide. More 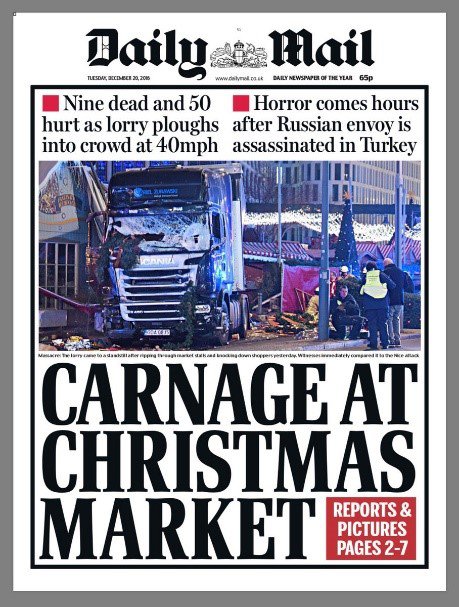 In Europe, there are increasing attacks and threats of attacks on Christmas Markets, specifically inspired by Christophobia, like the #Breitscheidplatz truck attack (one year ago today) that left 12 dead and 50 wounded: There is Christophobic violence by Africans in Africa, by Africans in London, and by African-Americans in America (the last item in this list of three is Nicholas Stix’s catalogue of shootings and attacks actually on Christmas Eve or Christmas Day): White people are occasionally violent, but not as much: Note that this last involved not the EDL—England’s equivalent of the Alt Right—threatening violence if the town Of Milton Keynes changed its Christmas celebration to “winter festival”. Rather, it simply said it would have a protest march—which would cost the town £500,000 in police overtime to prevent Muslims and Antifa from attacking the EDL.

Finally, there are actual dictatorships that really don’t like Christmas.

“On Christmas Eve, there was a celebration, not a Christian one, but a pagan German Julfest. We were all together and had to sing some trash about the night of the clear stars and other sad substitutes for the true Christmas message.”

And finally, Communist China, in spite of acquiring a lot of capitalist ways, is still persecuting Christians: That last one is sort of my first piece for VDARE.com! I won the 2000 competition with a list of War On Christmas atrocities that included this:

China has a different approach to these things:

Christmas Day, 1999 – Catholics in Nanguan Machi Village were arrested and fined the equivalent of 60-$120 for holding an illegal Christmas worship service in a vegetable shed.

What strikes me about that 1999 story, considered from the point of view of the Current Year, is this:

The three were said to have required hospitalization after being gagged, blindfolded and beaten with electric batons and other implements.

One of them who was able to recognize some of the attackers was threatened not to speak out, the sources noted.

The mob set fire to cushions in a prayer meeting place in the village, and to the property of a woman who protested. They beat the woman and her 16-year- old son who came to help. The son had to be hospitalized, the sources said. [Emphasis added.]

A masked mob! The Chinese Government, instead of getting out the Red Army, the Red Guards, or even the Red Detachment Of Women,  was acting to suppress Christmas with the aid of the local equivalent of Antifa. 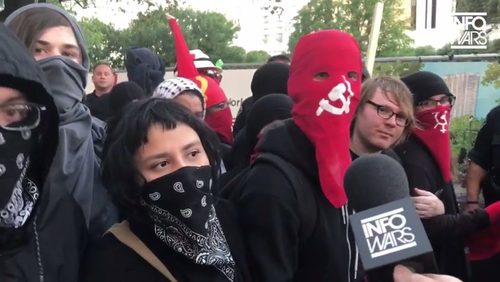 Meanwhile, in the early morning of Dec 25, after a door-to-door search, underground Catholics in Nanguan Machi village in Baoding were found meeting at a vegetable shed to celebrate Christmas and were detained by public security officials, sources said. Each was fined 500 to 1000 yuan (US$ 60-120) for "illegal assembly", but none of them paid the fine. All of them were released the next day, but the electricity to their homes was cut off, the sources noted.

Cutting off the electricity to people’s homes is harsher than all the PayPal, Twitter, ISP, and Amazon.com bans we’ve gone through… but it’s a possible next step.

As a result of winning that Christmas Competition in 2000, I got a job doing research, editing and writing for VDARE.com—a story I told earlier here. And I’ve been working here ever since.

My livelihood—and my electric bill—are dependent on the support of our readers and donors. I’d like to thank all of you for your support over the years, and ask you, once again, to donate to keep me—and us—going in the New Year.

You can donate here.

Thank you, and Merry Christmas!

(And enter our 2017 competition to find the most outrageous attempt to abolish Christmas by emailing jfulford@vdare.com)