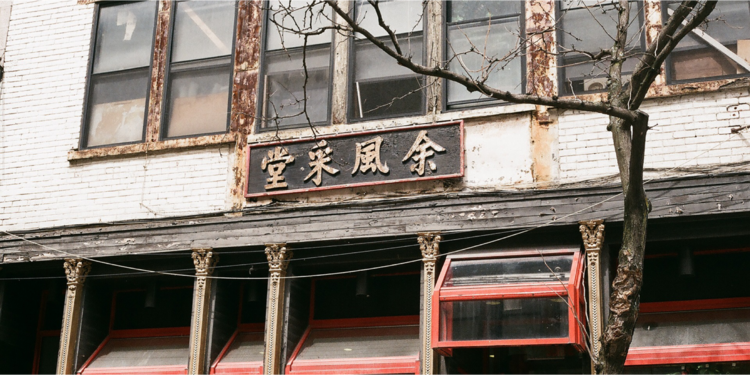 The Restaurant Rationale and the End of Immigration

Ethnic restaurants are the Holy Grail of justifications for not reforming our immigration system.  The most powerful people in the country go out to lunch a lot more than the average citizen. This influences their views on immigration to an intellectually embarrassing extent.

In fact, of course, mass immigration is not necessary for outstanding ethnic restaurants. For decades, the gold standard for cuisine was the French restaurant. Yet few French ever immigrated.

When I was a kid, the typical Italian restaurant had a name like "Luigi's Spaghetti Shack" and a menu with a heavy emphasis on garlic bread and meatballs. Today, Italian restaurants have names like "Trattoria Firenze," and I can't make head or tail of their menu items, such as "Strawberries with Ricotta in Balsamic Reduction," but it's exquisite.  Yet this vast improvement took place with minimal immigration.

How? First, a large percentage of those few who did come here from Italy or France came specifically because they had outstanding cooking skills. Second, the lack of mass immigration from those countries provided room for innovative American acolytes, such as the great Alice Waters of Berkeley's Chez Panisse or Chicago's brilliant Charlie Trotter.

These thoughts are provoked by The Asian American Century (Edwin O. Reischauer Lectures, 2000), a short book by U. of Maryland historian Warren I. Cohen on the interrelationships of America and East Asia in the 20th Century.

Cohen argues bravely that "[M]ost people in East Asia are far better off today than they would have been if the Americans had stayed home." He notes that the partial importation into Asia of the English-speaking world's political ethos, vastly superior to the East's endemic despotism. "In the realm of political organization," Cohen writes, "Cultural transfer has been one-way, from America to Asia."

Cohen ignores, however, one ancient Chinese innovation that has had a fairly beneficial effect on America: meritocratic testing. Impressed by China's practice of choosing applicants for government jobs by examinations in Confucian scholarship, 16th Century Jesuit missionaries brought the idea back to Europe. America's civil service exams, and the SAT college admissions test, are distant offshoots.

Although Cohen doesn't emphasize the point, it's fascinating to realize how much has been accomplished with virtually zero permanent emigration from America to East Asia. Lots of American soldiers, missionaries, and businessmen have sojourned in the Orient. But hardly any settled there.

Conversely, Cohen also argues that "American culture has been affected more profoundly than has Asian culture," by recounting a laundry list of Asian influences on American life: Chinese restaurants; martial arts; Crouching Tiger, Hidden Dragon; mah-jongg; Mighty Morphin' Power Rangers; acupuncture; Richard Gere's Buddhism; the large number of immigrants from East Asia, and so forth.  But he offers no coherent framework for evaluating his claim. For example, is the effect of Buddhists on America (2% of the U.S. population) more profound than that of Christians on Korea (25%)? Or, how do you compare the significance of martial arts here vs. baseball there? I don't know, and I don't see much evidence that Cohen knows either.

Perhaps the most valuable East Asian influence on the U.S. in recent decades has been the adoption of many of the inspired Japanese manufacturing techniques, such as just-in-time delivery and the use of the American statistician W. Edwards Deming's techniques. Yet, throughout this period, mass immigration from Japan to the U.S. had largely ceased. From 1980-1998, fewer than 5,000 Japanese per year immigrated to America, compared to, say, almost 30,000 annual legal immigrants from the Dominican Republic. We certainly benefited far more from Japanese innovations over this period than from Dominican cultural breakthroughs, such as … well, such as Sammy Sosa's hand gestures.

Cohen seems to assume massive population transfers are critical. But as we saw with American influence on the Orient, that isn't necessarily true.

It's a point Thomas Sowell, who had earlier written favorably about the economic benefits of immigration, acknowledged in the conclusion to his Migrations and Cultures: A World View (1996):

"What the passage of time and the development of modern industry and instant electronics communications have done has been to make the transmission of knowledge, skills, and technology less and less dependent on the transmission of bodies, all the while making such transportation so inexpensive as to permit larger migrations, over greater distances, of immigrants who may be less and less selective."

Immigration may be more possible. But it's less necessary.