“American patriots have rights,” I said when introducing our Legal Defense Fund in early 2019. “They simply have not been organized to enforce them.”  But, quite frankly, the following three years of bitter struggle have caused me to question my optimism—and to wonder if the current communist coup has already ended Equal Justice in America. So I’m happy to announce one small but significant legal victory. It’s especially important because it took place in VDARE.com’s new home of Berkeley Springs, WV, where we are now headquartered in the Berkeley Springs Castle.

On August 21, 2000, at the height of the Black Lives Matter moral panic, some local Leftists held a BLM protest in Berkeley Springs. Perhaps unique in the country (but this is West Virginia), there was a massive counterprotest. The Leftists were totally swamped and humiliated. We posted two accounts with video, here and here.

This especially annoyed a local Leftist called Ted Stein, who had already emerged as a Twitter troll on my personal and VDARE.com’s Twitter accounts. (Stein’s Twitter handle is @tedstein. He’s got us blocked now, presumably for the reasons discussed below.)

Stein accused us of having “organized this violent counter protest to locals having a BLM vigil in the park. Biker gang. A militia. And hundreds of armed racists.” 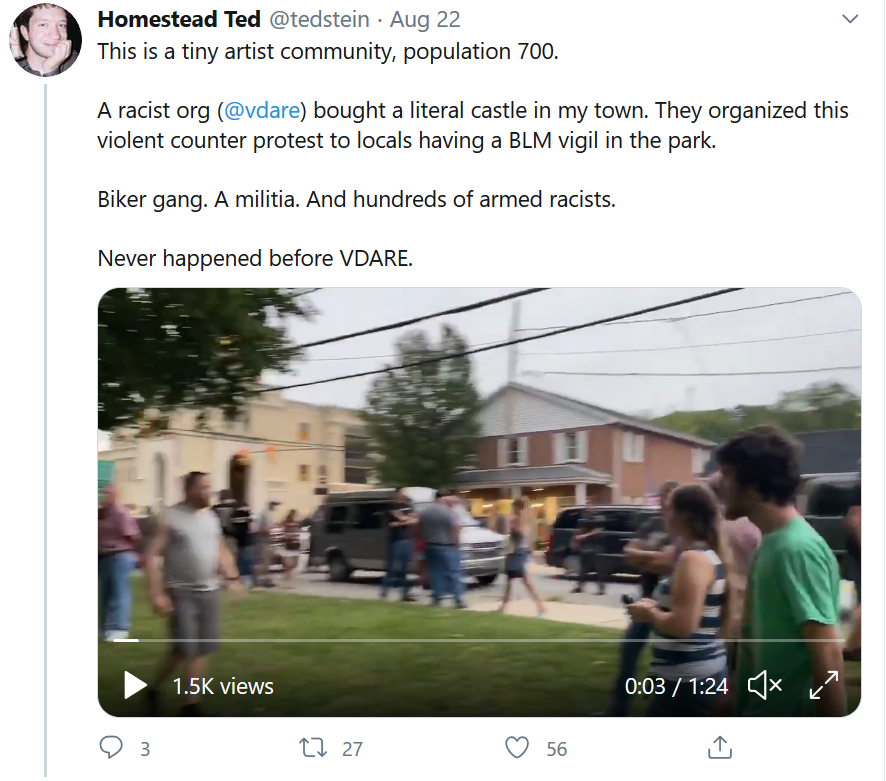 In August 2020, the Brimelow family had not yet even moved to Berkeley Springs. (Although I came down from Connecticut to be present at the Castle, where at that time the late Martin Rojas [below right, with Brimelow daughter] was our castellan. I remember working in my tower office and hearing a chant erupt in the valley below: “USA! USA! USA!” I thought: “That’s not a typical BLM chant.”)

We knew absolutely nothing about the Mountaineer Warrior Alliance, the local motorcycle club that reportedly organized the counterprotest, although they certainly sound like fine people. And, of course, we had nothing to do with the counterprotest.

So we said as much on VDARE.com. See Patriots Rout Black Lives Matter in Berkeley Springs WV!. But this did not prevent Stein from retweeting his claim that we had organized a violent armed racist etc. counterprotest.

In the current environment, with the Biden Department of Justice launching “Garland Raids” against Trump supporters even remotely involved in the (unarmed, Mostly Peaceful) January 6 Protest, Stein’s allegations were obviously extremely serious. Accordingly, our lawyer sent him a letter requiring him to retract the allegations.

It’s important to note that, had Stein retracted at this point, we would have had little cause to proceed further. But he did not retract. In fact, he did not respond in any formal way at all.

This forced us to sue him. To cut a long story short, he hired a large and expensive regional law firm and tried to get the local Morgan County Circuit Court to dismiss our suit. But his motion was denied—see here: PDF.

Stein has now settled with us. He has:

I am happy to say this has had an immediate effect. Another local Leftist, Bibi Hahn (Twitter handle @hillbillyfairy), recently echoed Stein’s allegation. Unlike Stein, however, when contacted by our lawyer she immediately retracted—significantly, by copying and pasting Stein’s retraction:

All of which may seem minor. (Except, perhaps, to Stein, who has apparently left the state and shut down the website of his Washington, D.C.–based software business).

But what was going on in Berkeley Springs was in some ways a microcosm of how the Left subverts Red State America. Morgan County, of which Berkeley Springs is the seat, voted 75% for Trump in 2020. But casual tourists are often deceived by the proliferation of Black Lives Matter and gay banners and slogans aggressively pushed on local businesses by local Leftists, themselves usually weekenders or migrants from Washington, D.C.

In his book on Antifa, Unmasked, Andy Ngo reported that bookstores are often the organizing hubs for radicals in Red State towns like Asheville, NC. In Berkeley Springs, the hub appears to be a coffee shop which hosted the small 2020 protest meeting that was  boosted by the SPLC’s Michael Edison Hayden after our purchase of the castle—resulting in his Twitter followers making open plans to firebomb us.

Aluminum powder mixed with iron oxide.
Or Gallium if you're trying to be sneaky.

Weirdly, according to Hayden, one of the attendees at the meeting was Matthew Hahn, who was running in that year’s Republican (!) primary for what was then West Virginia’s Second Congressional district. (He lost.) Matthew is Bibi Hahn’s husband. Is this an example of the Left’s rumored tactic of masquerading as Republicans in Red states where Democrats stand no chance at all?

Whatever the local Left was up to in Berkeley Springs, WV, we have disrupted it. We have even successfully held our first conference.

One final point: in the end, this straightforward lawsuit has paid for itself (more accurately, Ted Stein paid for it). But we would not have been able to launch it at all if we had not been able to put up the money for our lawyers' retainers in advance.  We can only do this because of our wonderful donors. Soon, I will be writing about other, and much more fraught, litigation that we have been forced into. Please help us now, 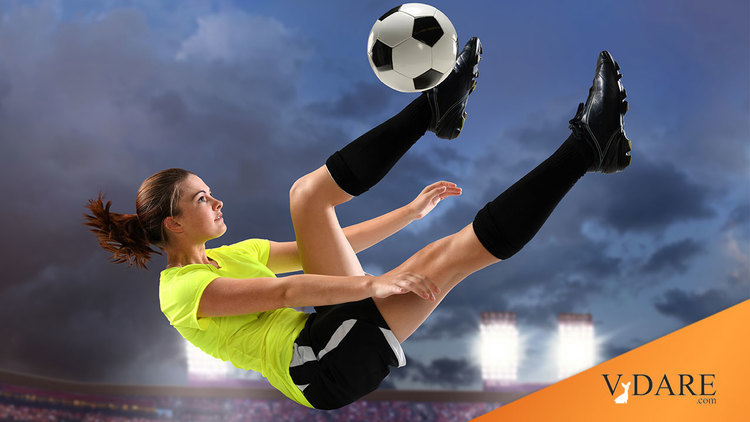