When Will They Ever Learn?

Beginning in the 1980s and continuing to the present, hordes of white families moved out of California, headed East for the real West: Nevada, Idaho, Utah, Arizona, New Mexico, Wyoming, Montana….Colorado. The reason for this mass relocation is California's increasing unlivability – traffic, pollution, noise, crowding, crime, ethnic politics and generalized hostility – caused mostly by foreign immigration, from Mexico primarily but also from Asia, the Indian subcontinent, and (apparently) the universe.

Among the preferred destinations for these reverse pioneers has been Colorado, in particular the Front Range (Colorado Springs north to Ft. Collins, a distance of about 120 miles with the city of Denver in between) where population growth in the past twenty years has been quite literally explosive. The term "urban sprawl" might have been invented to describe what's happening in central Colorado, where environmentalists are up in arms, "smart growth" is currently a buzzword, and an amendment to the state constitution aimed at dealing with the crisis was proposed to state voters in the 2000 elections.

So last October, when the Wirth Chair for Environmental & Community Development Policy of the University of Colorado at Denver and The Denver Post co-sponsored a statewide town meeting on the topic of "Growth: Problems and Opportunities," a cadre of wildeyed activist extremists – including me – decided to ensure the anti-immigration argument was represented in the proceedings. (Just in case the Wirth Chair and the Post had left that aspect of the population-sprawl issue uncovered. Well, guess what?) The six or seven of us involved in the conspiracy agreed beforehand by phone and email to meet an hour or so before the meeting to discuss strategy.

Early in the morning of October 7, police were gathered outside the convention center in downtown Denver to deal with the Indian demonstrators set to disrupt the annual Columbus Day parade. Inside, the meeting was chaired by Marshall Kaplan, current holder of the Wirth Chair, who served in Jimmy Carter's administration and arrived in Colorado in 1981. The daylong forum dealt mainly with Amendment 24 (soundly defeated in the November 7 election), which aimed at assuring new development would be constrained in urban-area lacunae before spreading out beyond developed areas. (See The Denver Post article by Carol Kreck, "Statewide Forum Considers Ways to Help Smart Growth,") We heard lots from the panel – which included environmentalists, agriculturalists, developers, policy wonks, and politicians – about the myth of unlimited lands in America, the wrongness of the unquestioned right to private property and single-family housing. We were told how growth adversely affects the quality of American life, how sprawl gives us what we want in a selfish way, about the evils of unrestricted use of the automobile, about how growth should be redirected toward the urban center.

Then former Colorado Governor Richard D. Lamm, who's been warning about the perils of immigration for the past two decades and was present this morning on the panel, delivered his remarks. Though apparently constrained by the meeting's parameters as fixed by Dr. Kaplan, he did remark pointedly that populations can survive without population growth, while economic growth and population growth aren't Siamese twins. What we need, Dick Lamm suggested, is a change from the concept of growth to that of sustainability. (No direct mention of immigration, however.)

Right now is when our first gun goes off. Perry Lorenz of Fort Collins, a refugee himself from California and a local organizer in the Buchanan 2000 campaign, moves to one of the several microphones set up to take comments from the audience, to make the point that none of the problems being considered today would be a problem if only the federal government would fix its crazy immigration policies….

Whooooosh! It's as if all the air has been sucked from the room suddenly and nobody can breathe any longer. Marshall Kaplan looks embarrassed, then ticked off— shocked – that anyone would have the bad taste to voice such an opinion in public.

"This is not a meeting about immigration policy," he finally says.

Oh, Perry patiently explains, but immigration is a vital, in fact a driving, component of population growth and sprawl, so how can this meeting not discuss immigration?

Dr. Kaplan exhibits plain signals of desiring to "move on," as the phrase has it; while Perry, aware of the danger of antagonizing his audience, yields the floor (for now). 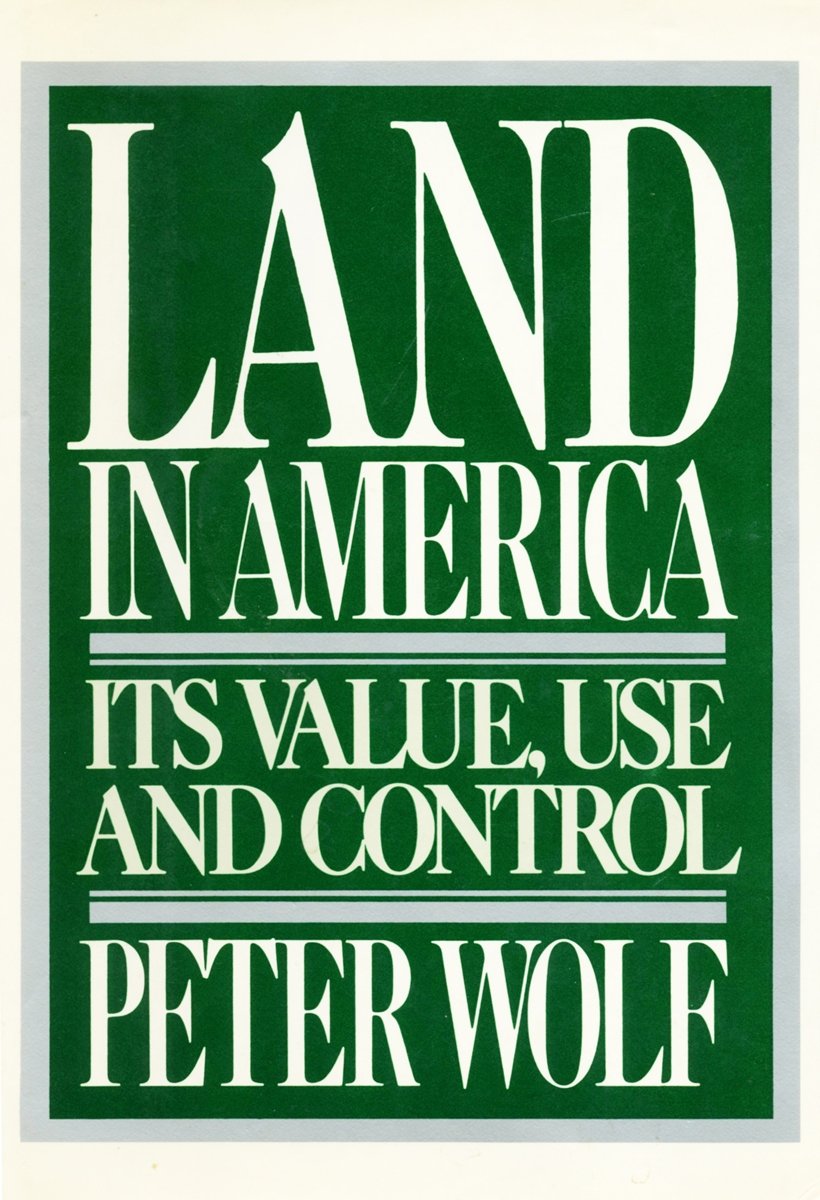 And so it goes, from nine in the morning until five at night, with a break for lunch and "networking" in between sessions. As the second popgun for our point of view, I mention having read a book twenty years ago a book called Land in America, carefully researched and argued, by a writer who concluded that land usage and development in America would stabilize along with population growth. His book, I note, is now entirely out of date, insofar as the opposite conclusion has proven correct. The reason? (Pause for effect.) Mass immigration since 1980!!

To judge from Dr. Kaplan's reaction, I'd shot him with something more than a popgun. He takes the hit like a bad actor, then stammers, "Yes, well. Thank you for your — ah – comments."

(And who let these restless uncouth natives into my meeting?)

And so it goes. The dreaded I-word having been introduced, panelist Robert Burchell, citing immigrants from eastern Europe who are happy to live in cities "we" don't want to inhabit, describes immigration as a "boon to cities." Dr. Kaplan, sidestepping the immigration bull rather than taking him by the horns, emphasises mobility from state to state rather than nation to nation. It's all about change of jobs and style of life, he insists. The growth issue should not be limitation but mobility: "Americans should live where they want." (But we're trying to talk about foreigners, Marshall!)

Fred Elbel of the Colorado Alliance for Immigration Reform, one of ours, lobs another grenade; after a suitable hiatus, Mike McGarry, an activist who helped get a recent resolution passed by the Aspen town council calling upon the federal government to control its borders and reduce immigration to the U.S., chucks another. Dr. Kaplan by now is looking very p-o'd; this meeting isn't going quite the way he'd intended it.

(Overheard during lunch hour, two delegates in conversation with each other: "I'm surprised to hear the immigration issue brought up." "Yes, well…You know those people….")

After lunch we kept on keeping the popguns popping (trying to keep the meeting on focus, you know) with visible ill effects upon Dr. Kaplan's and the rest of the panel's equanimity. (One panelist, a developer, remarked finally – with some irritation – that he had neither the expertise nor the "desire" to address the immigration question.)

Finally, near the conclusion of the meeting, Perry Lorenz rose for the third or fourth time that day to ask Dr. Kaplan whether or not he intended to include mention of certain of the delegates' concerns about immigration in his write-up of the proceedings.

Trapped! To weasel, or not to weasel? In the end, Kaplan agreed to commit himself to mentioning immigration in the final draft, but "not to taking sides on population and population control." Satisfied we'd scored our initials into the polished top of Dr. Kaplan's mahogany coffee table, Perry abandoned the microphone and the Gang of Six or Seven adjourned to a nearby tavern where the waiters were all from Jalisco, Mexico to drink a few well-deserved beers and marvel at the spectacle we'd just witnessed.

In a state where half the population hates the immigrant other half of the population which migrated there to escape the immigrant quarter of the sending state a substantial portion of which arrived illegally from a Third World country, nobody wants to – nobody will – talk about the connection between immigration, population increase, and urban sprawl.

So there goes the Front Range. Good enough for them, you might say. But what about the rest of us?

(Afterword: Dr. Kaplan fulfilled his "commitment" to include immigration concerns voiced at the meeting by mentioning IN A FOOTNOTE to the final draft of his write-up that these had been raised, adding that "others" had disagreed. Really, Marshall? Not before the microphones, they didn't.)