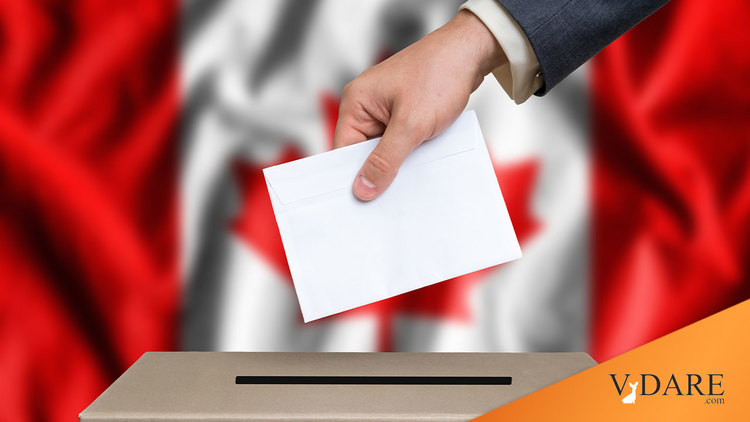 A Canadian Reader Is Planning Not To Vote, Because Parties That Support Legacy Canadians Are Illegal Outside Quebec

From: "Johnny Canuck"  [Email him]

Where I live, things are quite locked down, and the Liberals  called a snap election, leading to scenes like this:

If the polling is this much of a mess everywhere, only your most committed voters are going to stick with it. Factor that into your turnout models, kids. https://t.co/ZOU0IFR8MJ

I'm not going to vote. None of Canada's three major parties are opposed to immigration or multiculturalism, and a really Trumpist candidate would probably be prosecuted under Canada's notorious hate speech laws.

The only group, as noted above, allowed to protect their heritage are the French of Quebec.

Speaking of which, this is the latest photograph of the 100 percent white, one-quarter French current Prime Minister Justin Trudeau in costume.

A new photo of Justin Trudeau in black face has emerged on the eve of the national election in Canada. https://t.co/gm7HBX3iQZ

"Johnny Canuck" was born in Canada so long ago that he remembers when the flag of Canada was the Union Jack.