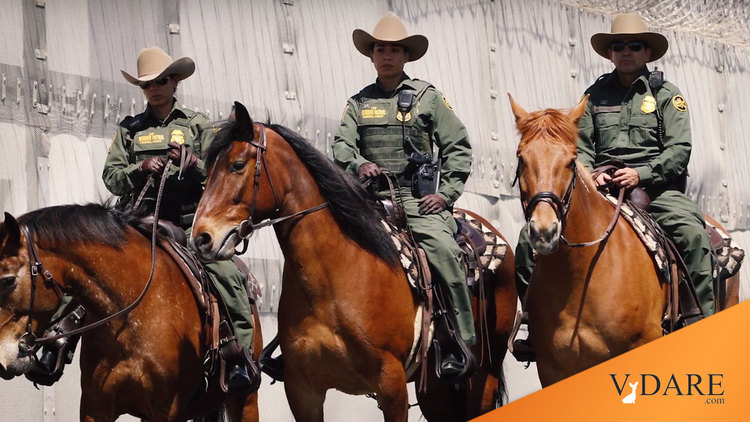 From: A Former Border Patrol Agent [Email him]

With the focus on the US Border Patrol horses, some pundits have been wondering why the Border Patrol still uses horses at all. In fact, I believe the El Paso Sector got rid of their horse patrol entirely. An ATV can take you to a spot quicker than a horse can and the ATV doesn't need to be fed and cleaned up after. ATVs are much cheaper on the whole.

One of the obvious advantages of a horse is that you can ride up higher and therefore see a farther distance. Being able to see over the top of cactus and shrub is a definite advantage.

A little less obvious is that a horse is an animal. Dogs like to roll around in deer droppings because it helps to mask their scent when they go after prey. Well, people forget that hoofed animals like horses and deer have good noses too. They smell very well. When I was on the southern border, our horse patrol had at least one horse who thought he was a German Shepherd. The horse patrol members would tell me that they would be going by a spot of brush and suddenly the horse's head would lift up, he would sniff at the air and the next thing the rider knew the horse would be leading him into the brush and into a group of illegal aliens who had been hiding.

Another reason why some sectors got rid of their horse patrol is because horses are dangerous to the Agents themselves. I remember when one of the Agents got bucked off and had his leg broken. Supposedly, he hadn't tightened the saddle enough and it was chafing the horse's belly. After a point, the horse decided it didn't want to take it anymore. Not on the horse patrol, but I met a guy who got kicked in the head by a horse. It caved in part of his skull and left him with permanent brain damage. Horses are dangerous!

However, that can work both ways—the horse can protect the Agent. I was once called over the radio to assist the horse patrol with transporting some illegal aliens they had caught. By the time I got there, most of the aliens had already been picked up. One alien had refused to go along peaceably. When I got there he was marching at my buddy on the horse with his fists clenched. The alien intended to pull him off the horse.

My buddy just kept turning the horse into the alien so the alien couldn't get to him, but was face to face with the horse. A horse is actually an intimidating animal. I was watching this unfold from the safety of a Chevy Tahoe with the alien sandwiched between the horse and my vehicle... but, I wasn't getting out.

That particular horse had a reputation for putting Agents in the hospital and I had little doubt that if the alien got too close he was going to discover those hoofs are a lot harder than his fists. (My friend was one of the few Agents who was able to ride him.) Eventually, the alien decided it was the better part of wisdom to give up and surrender. It may have helped that both my friend on the horse and I were laughing at him. If he thought he could beat up a horse, he was going to be sorely disappointed.

So the horses help keep Agents safe, but concern for the safety of the illegals, obviously more important to Biden than the safety of Border Patrolmen, may lead to the horses being taken away, which has produced this meme: 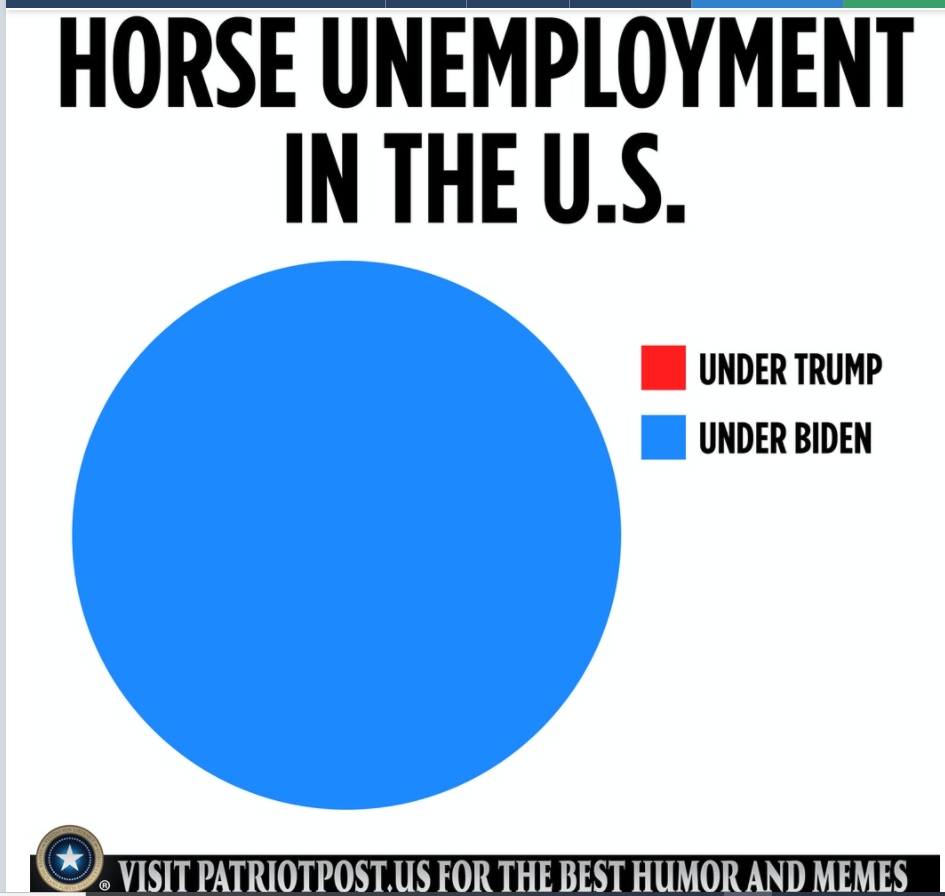