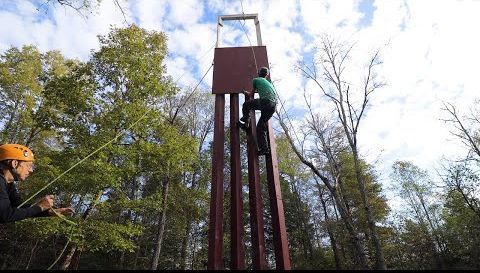 Re: Jesse Mossman's Letter A Reader Wonders Why Trump Isn't Putting Razor Wire On The Fence. The Answer Is He Tried, But Subordinates Refused

From: An Experienced Rock-Climber [Email him]

I notice that all the climbers pictured climbing the narrow wall section used the edge of the top panel to get over.

On the real wall, there would be no vertical edge of the continuous upper panel, so that couldn't be used for climbing past it.

Hence this "proof of climbability" is bogus.

I started rock climbing over 60 years ago, and in my opinion, it would take a really hairy dynamic move to get past the panel, if the edge wasn't available.  Very few people could make this move, and virtually nobody would attempt it unbelayed.

The wall could possibly be climbed with some special aids, such as movable steps one could place at the top.  They could be supported somewhat like tree stands used by hunters.  One could also place a hanging ladder over the top (similar to the escape ladders built for large basement window wells).

As for free climbing the wall (with no equipment) I haven't yet seen it done.