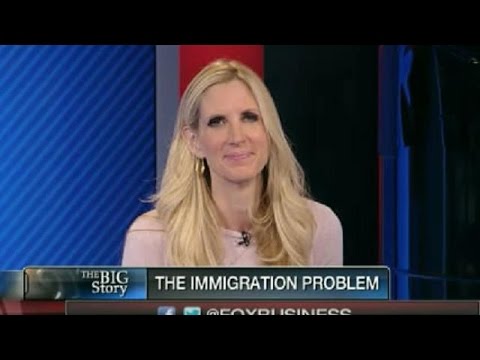 Lefties get riled up when anyone suggests that all cultures are not equal, as if the self-esteem of backward aliens might get damaged by hearing such an idea. Note to leftists — the foreigners come for the money, not to feel better about themselves.

VARNEY: I think at the very basis of this argument about sanctuary cities as the whole basis of the immigration argument is the Hispanic vote, and that’s what everybody’s chewing on, and the Democrats think they’ve won it and they’re running with it.

COULTER: They probably have; that’s why they they like this mass immigration of peasant cultures to America but it shows they really don’t care that much about the war on women.

VARNEY: The first sentence out of your mouth you explode: these peasant cultures invading our country. . .

COULTER: Normal people, whether that’s PC or not, recognize that we have in amazingly successful culture, thus we have a successful country. That’s why so many people want to come here but if we dump millions upon millions of people from backward cultures, as different from ours as possible, incredibly poor. Not only are you getting just a shocking war on women but — why do the democrats want it? — because post-1970 immigrants are voting 8 to 2 for the democrats and nothing Republicans do is going to change that. In addition, specifically with the Hispanic vote, which you mentioned, only Democrats and the RNC seem to think all brown people are are alike.

VARNEY: How would you define British culture?

COULTER: British culture? Well coincidentally, the studies from Harvard at UCLA you can look them up. The two factors they found for the least corrupt cultures — two things — protestantism and years of British rule, which is why Hong Kong is pretty good. So it’s not an ethnic thing, it’s not on an individual person thing. It is a cultural issue and cultures are hard but really ingrained.

VARNEY: Fascinating, really it is — inflammatory but fascinating.

COULTER: I don’t think it’s inflammatory but thank you.

Coulter made similar remarks this week when she debated crime and backward diversity with liberal Alan Colmes. When she mentioned “peasant cultures where child rape is common” Colmes was incensed that she would speak so unkindly about the illegal alien Hispanics who don’t child rape. 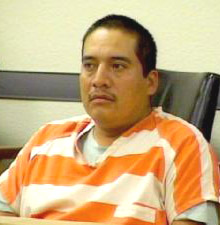 In fact, in Mexico federal law establishes 12 as the minimum age of consent.

Out in the Mexican boondocks, the peasant culture can be quite vibrant, and remains so when imported to America. In 2009, a Mexican illegal alien residing in Greenfield California sold his 14-year-old daughter for cash and some cases of beer. When the money wasn’t forthcoming, he reported the non-payment for the enslavement of a minor to local police, hoping the cops would help him collect the debt. The father, Marcelino de Jesus Martinez (pictured), was a member of the Triqui tribe for whom a “bride price” is a cultural norm, as is polygamy. In America, the sale of humans became illegal in 1865 under the 13th Amendment.

Sadly, Martinez got a very permissive plea deal instead of a serious sentence for enslavement and sex trafficking of a minor. Still, the crime stands as an illustrative example of what peasant cultures do when they are admitted to America: child rape is only one barbaric behavior of diverse cultures from the third world.

If anything, Coulter understates the backwardness of peasant cultures. If we switch the diversity channel to Africa, Asia and the Middle East, ugly practices like animal sacrifice, honor killing, polygamy, marriage by capture and FGM turn up.