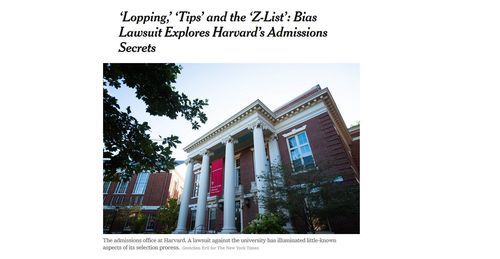 He had perfect scores — on his SAT, on three SAT subject tests and on nine Advanced Placement exams — and was ranked first in his high school class of 592. An admissions officer who reviewed his application to Harvard called him “the proverbial picket fence,” the embodiment of the American dream, saying, “Someone we’ll fight over w/ Princeton, I’d guess.”

But in the end, the student was wait-listed and did not get in.

And, no surprise, he was Asian.

… In Friday’s filing, Harvard countered with examples of its positive assessments of applicants of Nepalese, Tibetan, Vietnamese and Indian descent, who were described with words like “deserving,” “fascinating” and “Tug for BG,” an abbreviation for background. None of the examples the university gave appeared to be of applicants of Chinese or Korean background. …

Mr. Hughes, the former Harvard admissions officer, who is now a college admissions consultant, said he warned students of the long odds of getting in for upper- and middle-class applicants, many of whom are white and Asian.

This article notes some inner circle jargon, but it’s lacking in statistical analysis. At least in the 1970s, Harvard invested heavily in statistical modeling of its admission process and its fundraising process, as documented in Klitgaard’s 1985 book Choosing Elites.

It’s pretty obvious that Harvard in 2018 tends to view Asian applicants the way it viewed Jewish applicants in 1918: as tending to be smart and hardworking, but in such overabundance that they threaten to inundate the place and detract from the immense glamor of the Harvard brand. This is widely denounced today as the Third Worst Thing in History, after Hitler and the 1924 Immigration Act.

But Harvard’s worry a century ago was that it would get so popular with Jews that Jews wouldn’t go there anymore.

In 1922, Harvard made some changes to its admissions procedures that had disparate impact on Jewish immigrants. It’s likely that contemporary Harvard, with 2 of its last presidents being Jewish, would prefer to not turn into UC Irvine. And, I bet if you got a lot of Asian Harvard students and grads to tell you the truth, they would probably agree that they are glad Harvard isn’t Stuyvesant HS.

My heretical opinion is that the people running Harvard for the last century have done a pretty good job of self-interested brand management in maintaining the value of the Harvard brand. 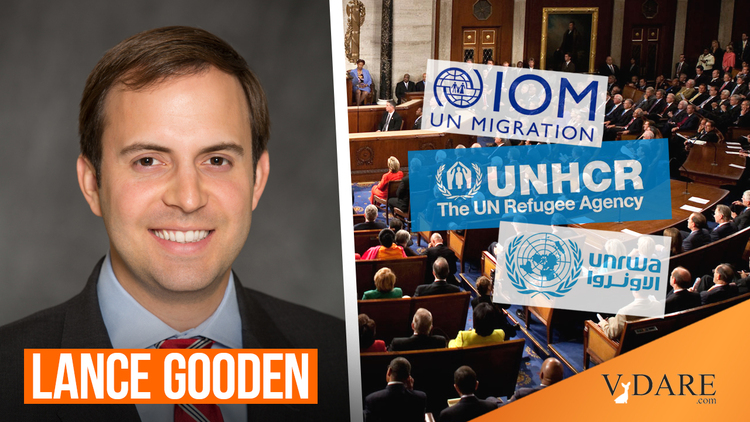