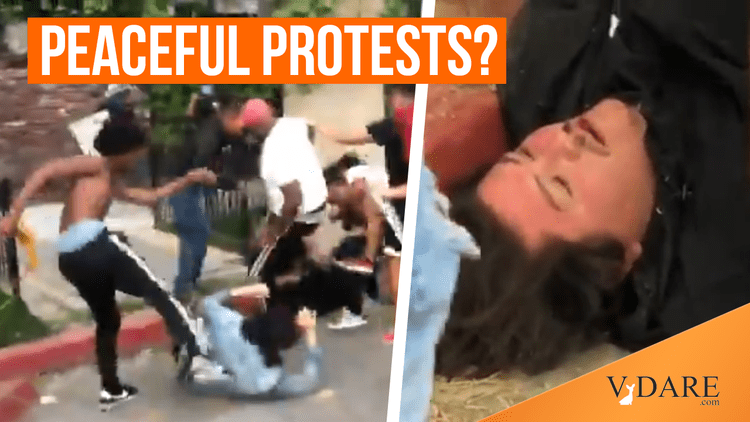 CBS News: Don't You Dare Think About Anything Other Than the Peaceful Protesters

Earlier: "Protest" or "Riot"? Establishment Appears Increasingly Demented as It Tries to Mold the Narrative

With cities across America burning and black communities in pain, many white people have continued posting selfies and pictures of food on social media as if nothing is wrong — and it is not going unnoticed https://t.co/dGdNmM6VZy pic.twitter.com/Ifm1VpOEy3

More of those Peaceful Protesters in action: https://t.co/ZpD9SZ5F9j

At the end of the video, the man who got curbstomped by Black Lives Matter enthusiasts appears to be resting in peace, so this was “mostly peaceful,” as The Megaphone likes to say.