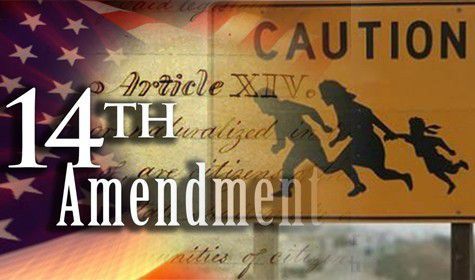 North Carolina lawyer and former US attorney Tom Ashcraft has written a good piece on "Anchor Babies" in the Charlotte Observer. This is a good introduction for people who have never heard of the problem.

How big a problem is it? Estimates vary widely, anywhere from 200,000 to 500,000 such births a year. Rep. Tom Tancredo, R-Colorado, an expert on immigration law and a leading advocate for immigration enforcement, puts the number of U.S. births to illegal-alien mothers at 300,000 to 350,000 per year. If correct, these figures represent about 8 percent of all U.S. births annually. No automatic citizenship for illegal aliens' children, November 12, 2005] (Registration required, get a password from Bugmenot.com, or read it here)

It's also a good introduction for politicians who have never considered that the present interpretation of the Fourteenth Amendment can be changed. See Nathaniel Parker's seminal article, Weigh Anchor! Enforce the Citizenship Clause, published here in 2001.

Ashcraft, like Nathaniel Parker, refers to the statement made by Senator Jacob Merritt Howard in 1866, during the debates over the passage of the Fourteenth Amendment, that:

"this will not, of course, include persons born in the United States who are foreigners, aliens, who belong to the families of ambassadors or foreign ministers accredited to the Government of the United States, but will include every other class of persons."

Thanks to the Library of Congress, you can see the original debate here.