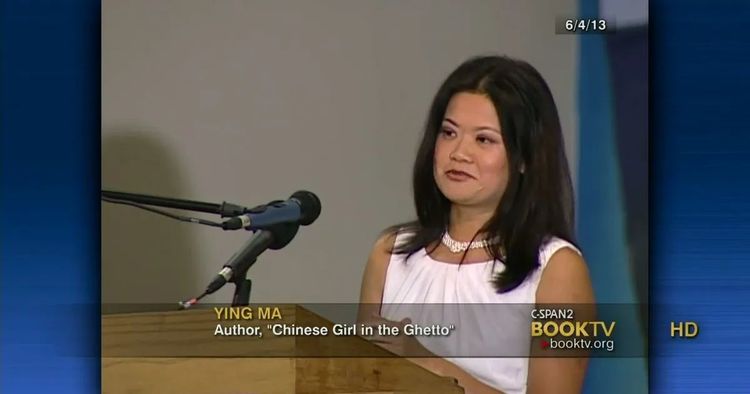 Chinese Girl in the Ghetto

Ying Ma is an interesting and very accomplished Asian-American woman. She is a member of the Council on Foreign Relations and the Hoover Institution. Her work has appeared in the Wall Street Journal, International Herald Tribune, Los Angeles Times and several other establishment outlets.

Ma's new book, Chinese Girl in the Ghetto, is partly about how a young girl growing up in post-Mao China took advantage of the freedom and opportunity she found in the United States. But it is also about the daily racism and harassment she - and many other Asians - experience at the hands of blacks.

The author paints a disturbing picture of her junior high school and high school years at a mostly black school in Oakland:

"Numerous black students regularly screamed racial epithets at their Asian counterparts. "Ching Chong," "Chinaman," and "Chow Mein" became our names. Sometimes, our tormentors imitated the way in which we spoke our native tongues. On other occasions, they physically assaulted us or threatened to do so. ...

"Along with other Asian students, I did my best to avoid physical confrontation - those who openly and regularly uttered racial epithets always appeared ready to back up their threats with violence. When black students made fun of the ”Chinamen' among them, I did nothing. When they screamed at the middle-aged Cantonese cafeteria aide and called her a ”stupid Chinaman,' I, along with all the other Asian students present, pretended we did not hear anything. ..."

Of course, it is not just Asian students who faced this treatment from blacks.

"On the streets of Oakland, black teenagers regularly hurled racial insults at adult Asian immigrants who spoke limited English. One common tactic was to creep up behind an elderly Asian person and frighten him or her with sing-song nonsense, such as ”Yee-ya, ching-chong, ay-yahhhh!' Meanwhile, numerous black adults discriminated against Asian immigrants at the grocery store, on the bus, at the hospital, the unemployment office and everywhere else. Each time I witnessed such behavior I gritted my teeth, felt a burning rage and watched the racism take place in silence."

There are Asian "civil rights" groups but they never touch this issue for fear of being called "racist." Ying Ma is different. Perhaps Chinese Girl in the Ghetto marks the end of Asian silence about black racism and harassment.

I will have a longer review of the book in an upcoming issue of American Renaissance.