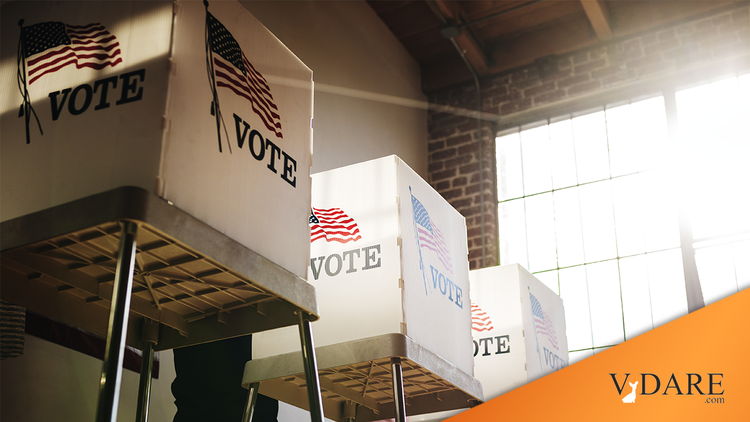 Color Revolution Against Trump Is The Story Of The Century, But MSM Aren't Covering It, They're Committing It

We are witnessing the very Color Revolution that was set in motion months before the inauguration of President Donald Trump. We are witnessing a brazen, blatant coup attempt, the open theft of the Presidency of the United States of America. Just as President Trump appeared poised to seize another victory from the demonic maw of the Deep State, the counting simply ceased, with no explanations. After hours of silence, hundreds of thousands of votes in six states were “discovered,” one hundred percent of which were cast for “Joe Biden.” This is a statistical impossibility.

Reports of widespread fraud have poured in from every single one of these states, and more. Perhaps having a Third World population does in fact mean that we must endure Third World “elections.” If this were occurring in a foreign country, the American media would already be speaking of a rigged election, and the neocons would have already started to gin up support for arming the “moderate rebels.”

The corrupt media, including the superciliously credulous Fox News, varyingly dismiss or suppress the story of the century: what may very well be the most widespread electoral fraud in American history. Many of the cocktail “conservatives” on the Fox staff refer to President Trump’s observations as “unfounded claims.” Newt Gingrich, however, provided a moment of clarity: the burden of proof is not on Us to prove fraud, but rather on Them to prove honesty. When federal election law is violated as it has been, when voting observers are physically blocked and otherwise prevented from watching votes being tallied, when cities run by black Democrat machines mailed ballots to all registered voters with no systems of authentication in place, the burden of proof shifts from Us to Them. And if they cannot prove that the integrity of our mythical “democracy” was not breached, then, as Gingrich has suggested, all of the votes from the offending precincts must be tossed out.

As Biden promises a primetime address tonight, the hour is late. It is only a matter of time before the international media begin to report that the transfer of power has failed, and that President Trump is “refusing to leave office.” Does it make sense now why every “journalist” for the past four years has spent hours of airtime speculating on that very scenario? The Biden campaign has already begun referring to the President as a “trespasser” in the White House. Retired Colonel Lawrence Wilkerson, one of the ghouls who brought us the Iraq War and a member of the extremely ominous “Transition Integrity Project,” recently fantasized about the military massacring Trump supporters in the streets. Only time will tell what will happen; for now, events are in the driver’s seat.

One thing is clear, though: the hour fast approaches when the patriots of America must stand. We will soon be presented with an opportunity to show that we are not the emasculated, diversity-whipped cattle that “our” ruling class so clearly believes we are. Will the seventy million red-blooded Americans who voted for Donald Trump lay down and allow our nation to be stolen from us? As the great Pat Buchanan put it, “Will Middle America go gentle into that good night?” With every breath I take, I pray that the answer is no, that this will be the moment we look back upon as the genesis of a true American renaissance. Which way, American man?