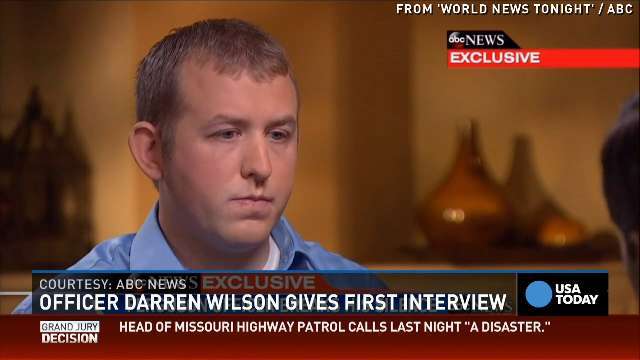 I wish I could agree with Pat Buchanan that Darren Wilson is "free at last."

And they could very well win, as we know from the O.J. Simpson and Los Angeles cops (Rodney King) cases.

Acquittal is by no means a guarantee that a wrongful death or some other lawsuit will not follow.

No matter. Brown's family can use the court to wreak vengeance upon Wilson for defending himself.

A victory for the Browns will merely reiterate what American Justice has decreed: It's against the law to defend yourself against a black thug. Remember Bernhard Goetz.

Wilson's nightmare may be just beginning.