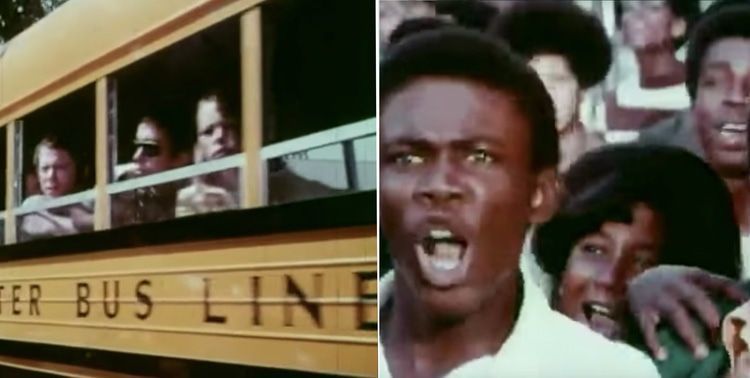 Elites Vs. Working-Class On Schools—And Immigration

When a high school friend told me several years ago that he and his wife were leaving Washington's Mount Pleasant neighborhood for Montgomery County, I snickered and murmured something about white flight. Progressives who traveled regularly to Cuba and Brazil, they wanted better schools for their children. I saw their decision as one more example of liberal hypocrisy.

I was childless then, but I have a 6-year-old now. And I know better. So to all the friends—most but not all of them white—whom I've chastised over the years for abandoning the District once their children reached school age:

I'm sorry. You were right. I was wrong.

"[W]hy should all of the parents who don't have the choice to send their kids to a private school, or move to the suburbs? How do you write an article this long without noting that there are a whole lot of parents in the DC school district, each with their own child just as precious and unique and worth saving as David Nicholson's kid, who don't have any choices? How does the word "voucher" not appear once?

I very rarely get angry about politics. But every time I see some middle class parent prattling about vouchers "destroying" the public schools by "cherry picking" the best students, when they've made damn sure that their own precious little cherries have been plucked out of the failing school systems, I seethe with barely controllable inward rage. It is the vilest hypocrisy on display in American politics today. Now, I don't accuse David Nicholson of this particular sin . . . yet. Right now he's only guilty of the lesser sin of viewing real estate purchases as the natural vehicle through which one should exercise educational choice. Perhaps he favors vouchers to help the kids he's left behind. But if he does, I sure wish he'd mentioned it.

Elites ignoring the effects of social policy on the non-elites is an old story. It applies to what immigration does to working-class jobs and neighborhoods, too.

However, it's been worse. Megan probably doesn't have any memories of busing—that was bad. This is from David Frum's book How We Got Here: The 70's: The Decade That Brought You Modern Life—For Better or Worse — an excellent book by a man who, whatever our ideological differences, would make a much better editor of Commentary than the current heir apparent.

Busing triggered a whole new perception among ordinary middle-class people of the malignity of public authority. On the first day of school in 1975—the same day that Bostonians were loading their kids onto buses for a second year away from their neighborhoods—Massachusetts governor Michael Dukakis was photographed walking his children to school. Dukakis lived in Brookline, an elegant suburb just minutes away from downtown Boston. He didn't have to load his children onto a bus and send them miles away. Judge Garrity's children did not ride the bus either. The Garritys lived in genteel Wellesley. The main author of the second Boston busing plan, Robert Dentler, [email] the then-dean of the Boston University School of Education, lived in the leafy suburb of Lexington. No wonder the Bostonians called busing "a Harvard plan for the working-class man.”

J. Anthony Lukas. who wrote a classic book on the Boston schools battle, describes how a community meeting to explain busing to the people of South Boston ”erupted into shouting and jeering from the audience when It was discovered during the question and answer period at the end that none of the four panelists, two blacks and two whites, lived in the city of Boston.” "How can it be the law of the land, as we are told,” a mother in the working-class Irish neighborhood of Charlestown asked in a bitter letter to Judge Garrity, ”when you can move less than one mile away and be out from under this law?"

The television show 60 Minutes reported in 1971 that many of Washington's leading advocates of busing sent their own children to private schools. Senator Edward Kennedy sent his sons to St. Alban’s. George McGovern, although a District of Columbia resident, paid $1450-a-year in tuition to enroll his daughter in the Bethesda public schools—a school system then 3 percent black. Thurgood Marshall had two sons in Georgetown Day School. Kenneth Clark, the sociologist whose work was the main authority cited In the Supreme Court’s Brown vs. Board of Education decision, sent his children to private school as well. "My children," he said, "have only one life and I could not risk that. "Your children get educated only once." The judge who ordered the integration of the school systems of Richmond, Virginia, and its suburbs, Robert Merhige, likewise sent his children to private school. "When I'm on the bench I’m a judge," he said, "and when at home, I’m a father." Frank Mankiewicz, McGovern’s campaign manager, Benjamin Bradlee, editor of the Washington Post; and Senator Phil Hart, the very liberal senator from Michigan: all Georgetown Day parents. Senator Birch Bayh and ultra-liberal newspaper columnists Tom Wicker of the New York Times and Philip Geyelin of the Washington Post sent their boys to mingle with Senator Kennedy’s at St. Alban’s.

In their now-classic study of the failure of the US. Army in Vietnam. Crisis in Command, Richard Gabriel and Paul Savage scathingly point out that American senior officers in Vietnam were about half as likely to be killed as American senior officers in World War II. "[T]he leaders who formulated the rules of the game—duty, honor, country—did not live up to them . . . The American military in Vietnam was, Gabriel and Savage charged, disfigured by officers’ disloyalty to their subordinates. The fathers of the South Boston public school students of 1977 were the sort of men who served in Vietnam. They had first glimpsed this disloyalty on the Indochinese battlefields of the l960s. Now they were confronted with it in the courtrooms and legislative chambers of the 1970s.

See also "Busing's Boston Massacre" by Matthew Richer. If it's any consolation to the liberal minded Nicholson, his son will probably grow up less "racist" if he attends a suburban school. Remember Preventing Kid Prejudice: The Sailer (One Point) Plan?

Sailer's one point was this

1. Don't let your children get beaten up by underclass minorities.

Hey, it worked for Ted Kennedy!