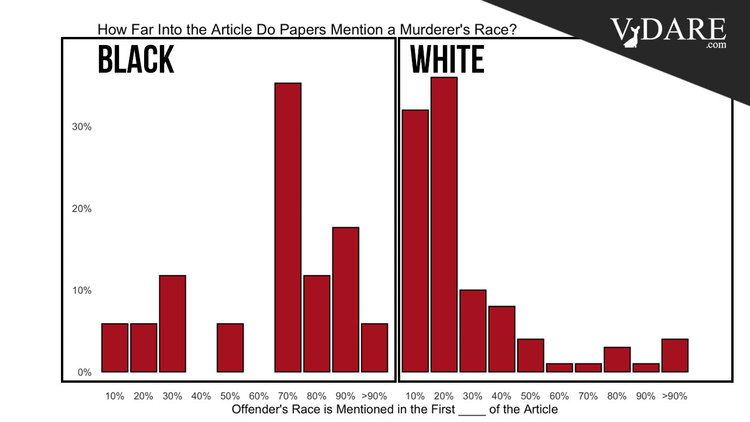 We have a tag on articles called "not reporting race" and there are 67 pages, at ten stories a page, on the fact that the press regularly lies by omission about race and crime. I personally have been writing about this for more than 20 years.

See Race, Relevance And The Public's Right To Know, which I wrote September 8, 2002. So I'm gratified when the somewhat Respectable Right Washington Free Beacon confirms this with statistical analysis, but it's not news to me. They have done some original research, though.

Frank James, the man arrested for Tuesday's New York City subway shooting, is a black nationalist and outspoken racist who railed against whites, Jews, and Hispanics. A careful reader of the New York Times could be forgiven for overlooking that. In a nearly 2,000-word article on the attack, James's race is not mentioned. The same is true for the coverage offered up by Reuters; the Washington Post only mentioned James's race in relation to his condemnation of training programs for "low-income Black youths."

Media critics on the right say that the conspicuous omission of James's race from these news reports illustrates a trend among prestige papers, which deemphasize or omit the race of non-white criminals while playing up the race of white offenders. But is it a real pattern?

Yes. A Washington Free Beacon review of hundreds of articles published by major papers over a span of two years finds that papers downplay the race of non-white offenders, mentioning their race much later in articles than they do for white offenders. These papers are also three to four times more likely to mention an offender's race at all if he is white, a disparity that grew in the wake of George Floyd's death in 2020 and the protests that followed.

The "much later in articles" bit is something we've noted:

What I sometimes do to literally count the paragraphs is paste a story into MS Word, and then turn it into a numbered list, just to see what paragraph it says that the killer is a person of color or immigrant. When it's the fourteenth paragraph, you can lose count.

The Free Beacon, however, has a chart of this, based on hundreds of articles: 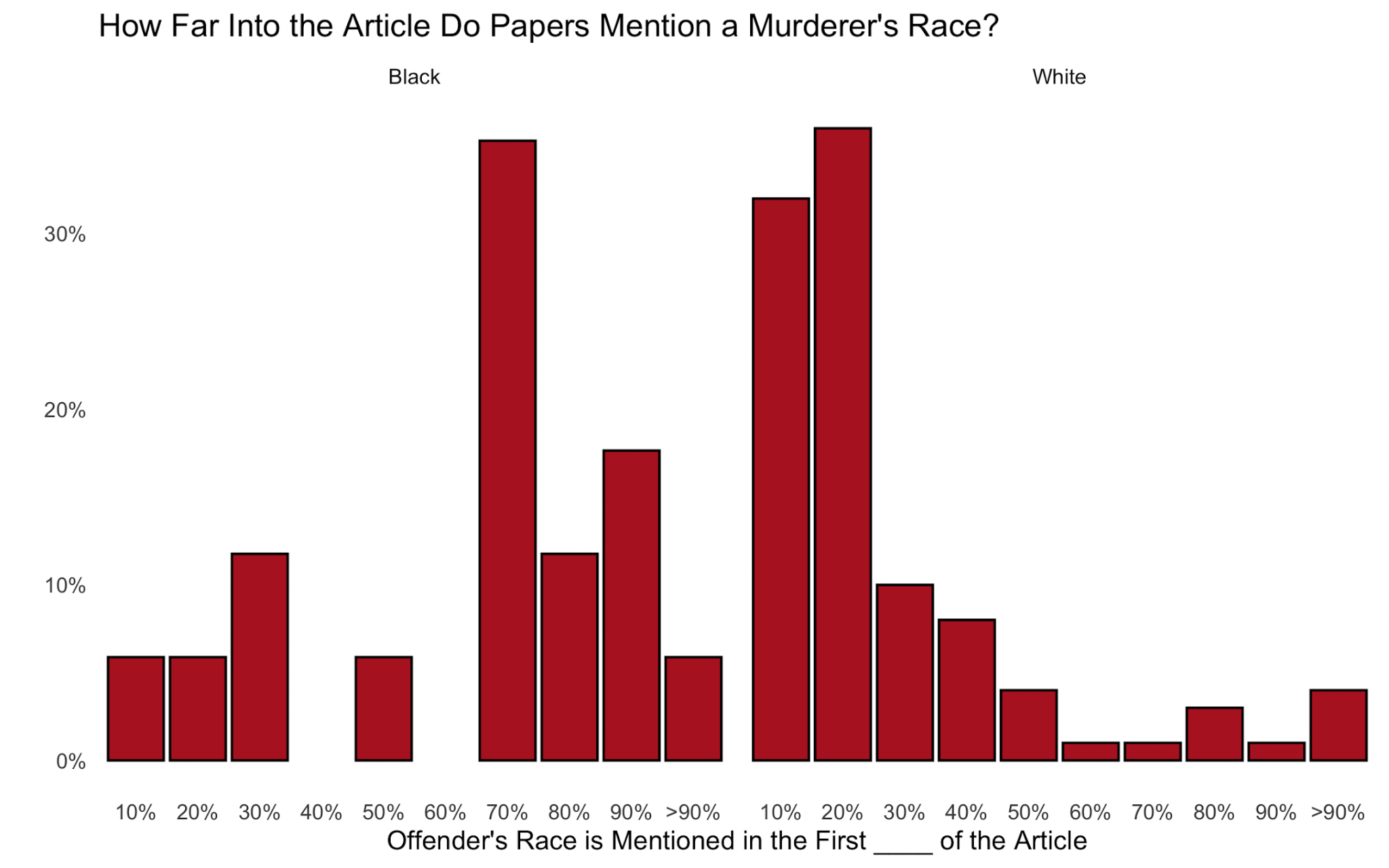 They also did some research on what the race of a criminal was when not mentioned at all.

Of course, journalists choose not only where in a piece to mention an offender's race, but also whether to mention it at all, and omissions can skew a reader's perspective.

To measure these choices, we identified the race of the offender in roughly 900 stories where his name, but not his race, was mentioned, first by looking at the race of people with the same name in Census data, and then hand-confirming race based on mug shots or other images published in local news stories.

The thing about "looking at the race of people with the same name in Census data" is an advanced version of the "What kind of name is that" investigative technique pioneered by Archie Bunker, but what it means is that news critics and news consumers have to act as detectives to find out a basic fact about a reported crime. 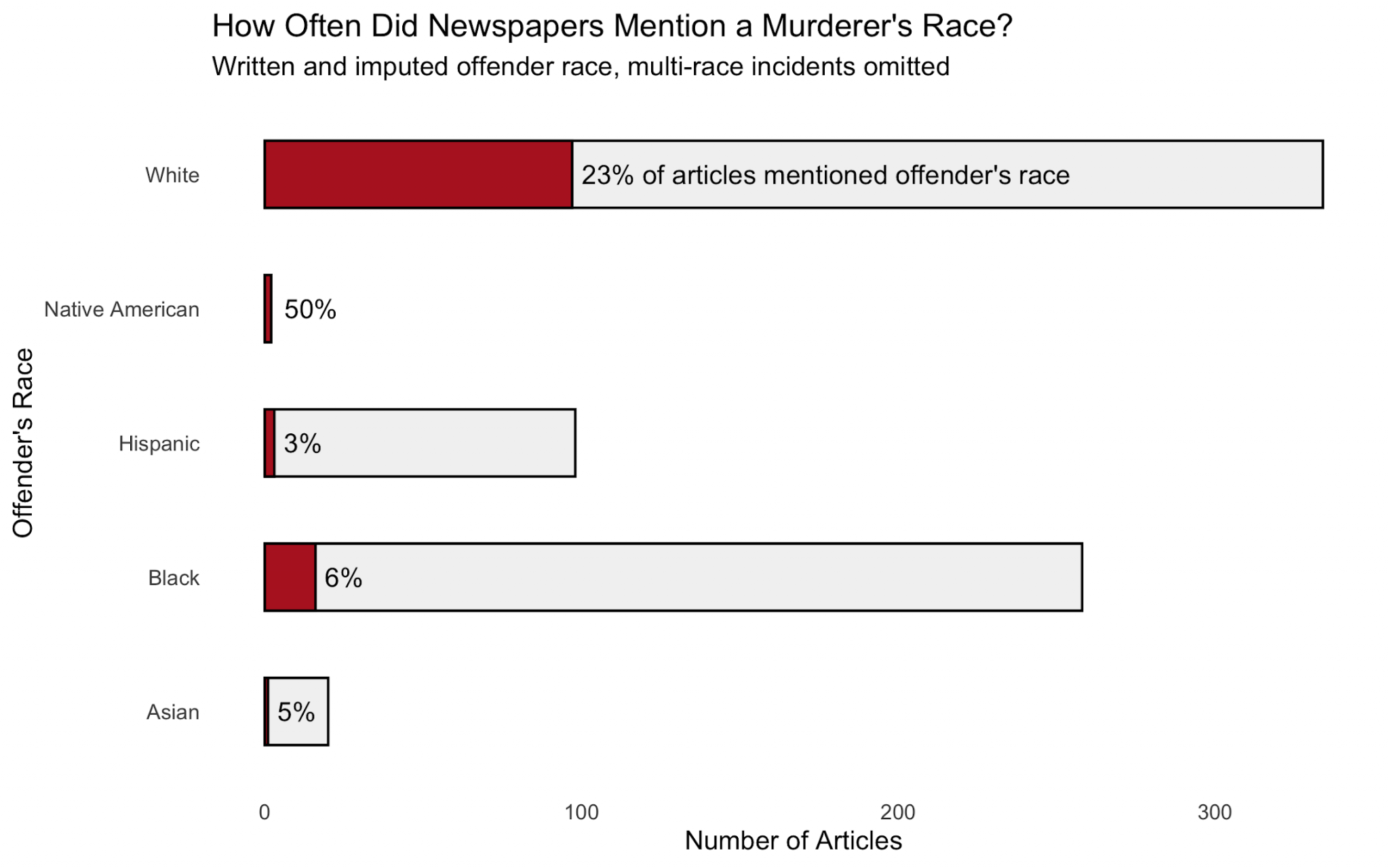 There's more—read the whole thing—but as I say, if you're a regular reader of VDARE.com, it won't be new news to you.