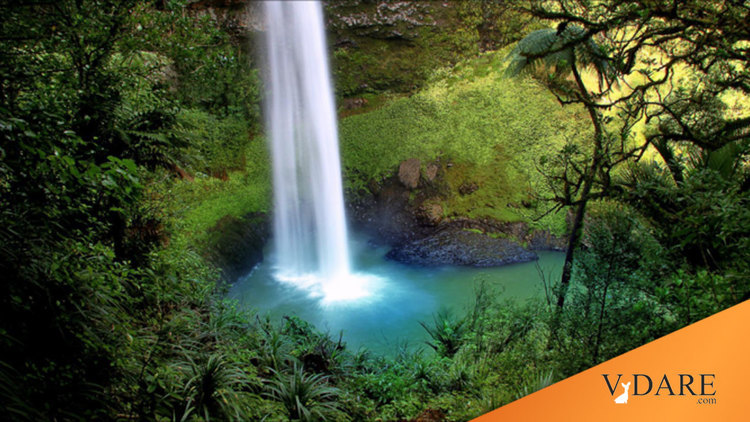 There’s a movement in New Zealand to change the name of the country.   Why? It’s too colonial.

So what would they call the country?  It would be called Aotearoa.

New Zealand lawmaker Debbie Ngarewa-Packer, one of the leaders of The Maori Party, explains the word thusly: ”It is indicative or prescriptive of the long white cloud of the island as it’s depicted often, and the weather that we have down at the end of the world.”

As the people of New Zealand confront their nation’s troubled past with colonization and denying the Maori people rights, a name change for the island nation is being considered as a part of its own reckoning. A petition that aims to change the Dutch anglicized name of New Zealand to its indigenous Maori designation of Aotearoa has collected more than 70,000 signatures, prompting a parliamentary committee to consider the idea. New Zealand member of parliament Debbie Ngarewa-Packer , co-leader of The Maori Party, joined All Things Considered to elaborate on the significance of this potential name change, the journey to indigenous cultural reclamation, and their hopes for the movement’s success.

The article contains an interview with Debbie Ngarewa-Packer herself (pictured below, with tribal facial tattoos) in which she explains that the name Aotearoa ”...reflects indigenously who we are, and that we are, in fact, in the Pacific, that we are an island nation, and we’re not in any way connected to the origins of New Zealand.”

A New Zealand parliamentary committee is considering changing the island's name to the Māori designation of Aotearoa after a petition drew 70,000 signatures as the nation reckons with its past colonization.https://t.co/HocVB6gucz

Is the majority population of New Zealand going to go along with this?

When you think of it, this is simply the logical outgrowth of all the name-changing, statue-removing and heritage-denouncing hysteria we also see in our own country.

If you’re going to radically redefine the history of a country, why not go all the way and just change the country’s name while you’re at it?