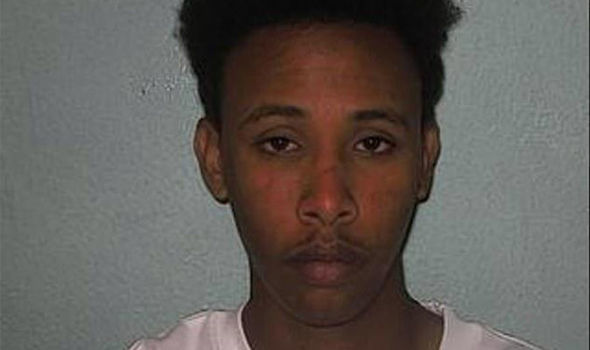 Great Moments In Wokeness: Somali Saved From Deportation By Mob Was Gang Rapist

The same people who spent the last few weeks telling us Justice Brett Kavanaugh was a gang rapist and being whipped into a frenzy because of media myths about "family separation" were celebrating a recent incident in which British passengers prevented the deportation of a Somali.

It now turns out the Somali was a gang rapist.

Yaqub Ahmed, 29, was on a Turkish Airlines flight from Heathrow to Turkey and being booted out of the country when passengers demanded officials halt his deportation before take-off.

One passenger shouts: “They’re separating him from his family.”

Others yell “take him off the plane”, “take him out” and “he is going to die”, with passengers unaware of Ahmed’s violent past.

Exasperated security officials eventually gave up after they were unable to calm passengers down.

But it has emerged Ahmed and three others were convicted after attacking a 16-year-old girl in August, 2007.

Another member of the gang, Ondogo Ahmed, is reported to have later travelled to Syria to fight for Islamic State where he is believed to have been killed.

In a video taken inside the plane, Ahmed is heard screaming and complained he was being separated from his family.

Ahmed, from north London, was led off the plane in handcuffs and nodded his thanks to passengers who had backed him to loud applause from some.

Ahmed’s victim was lured back to a flat and gang-raped by three of the men after being separated from friends during a night out in London’s west end in 2007.

The most interesting part of the story is how well Ahmed knows how to emotionally manipulate gullible Westerners into taking his side. A gang rapist screaming for pity because he is being "separated from his family" displays a level of shamelessness and evil that a normal Western person can't even believe exists. But it is effective, as tens of millions of Westerners are carefully trained by late night television, broadcast journalism, and popular entertainment to believe a narrative of innocent, helpless people of color terrified by immigration authorities for no apparent reason.

The real question is whether this revelation about gang rape will cause second thoughts among any of the people who stopped the deportation. My guess is that no one will change their mind, just as no one does after a fake hate crime.

Those who stopped the deportation, like those who go to a candlelight vigil for a hate crime that didn't actually happen, likely believe they are supporting a greater moral vision, more important than the specifics of any individual crime. The Narrative must be protected, regardless of the facts. As for the victim, she didn't appear on late night TV or MSBC, so she might as well not exist.