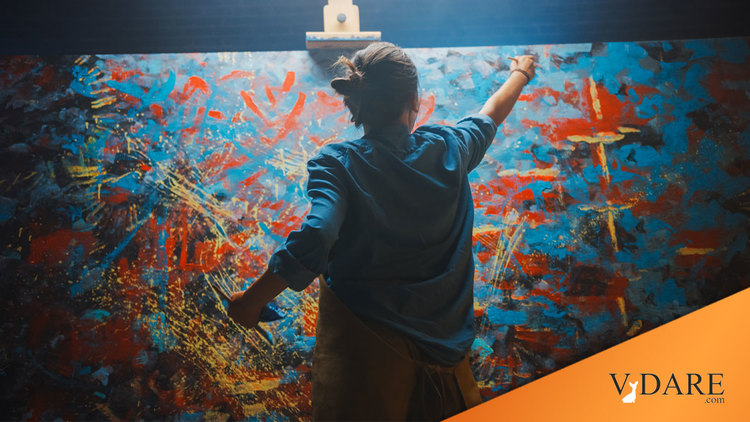 In Art, It's Who You Know 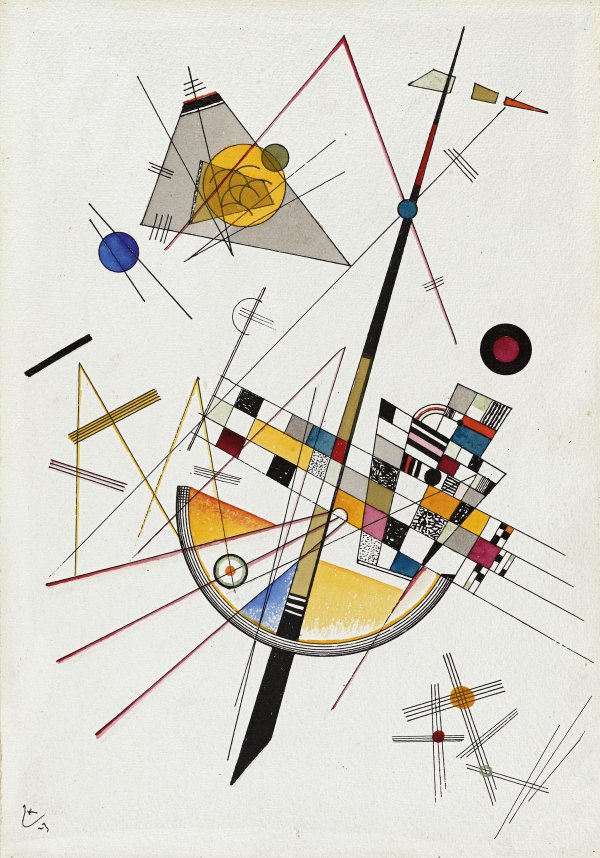 Study Finds Artists Become Famous through Their Friends, Not the Originality of Their Work
Casey Lesser
Feb 27, 2019 5:36pm

… Ingram and his colleague Mitali Banerjee, of HEC Paris, used MoMA’s findings to examine the role that creativity and social networks played for these artists, in relationship to the level of fame they achieved. In a 2018 paper, they relayed their findings—including that for successful artists, making friends may be more important than producing novel art.

Ingram and Banerjee started their study by quantifying the fame, creativity, and social network of the artists in “Inventing Abstraction.” To determine each artist’s renown, they turned to Google’s database of historical texts in French and English (given that the artists were primarily living in France and the U.S.), and recorded the number of mentions each artist had between 1910 and 1925. They were looking at fame in terms of how well-known the artists were beyond their own social circles, Ingram noted, “and we’re essentially saying [that] how often you show up in the written word is an indicator of that.”

In order to understand the creativity of the artists’ work, they employed two methods. First, they used machine learning to analyze and rate the creativity of thousands of artworks by the relevant artists; the computer program rated how unique works are in comparison to a set of representational artworks from the 19th century. They also asked four art historians to rate artworks by each artist for their creativity, based on factors like originality and innovation. (They found that the scores artists earned from machine learning and art historians were positively correlated.)

While past studies have suggested that there is a link between creativity and fame, Ingram and Banerjee found, in contrast, that there was no such correlation for these artists. Rather, artists with a large and diverse network of contacts were most likely to be famous, regardless of how creative their art was.

Specifically, the greatest predictor of fame for an artist was having a network of contacts from various countries. Ingram believes this indicates that the artist was cosmopolitan and had the capacity to reach different markets or develop ideas inspired by foreign cultures. The “linchpin of the network,” he added, was Kandinsky.

He lived in Russia, Germany, and France, so he got to know a large fraction of Europe’s cultural elite.

They also found that famous artists tended to be older, likely because they were already famous as abstraction was emerging, Ingram explained.

In terms of creativity, they found that neither the computational evaluations nor the art historians’ expert opinions were strong indicators of an artist’s renown. In other words, if an artist had high creativity scores, they were not necessarily famous.

“An important implication of the paper is to show that diverse networks matter not only as a source of creativity…but could mean other benefits,” Ingram said. “That even aside from creativity…the artists benefit from the cosmopolitan identity.”

My favorite story about networking appeared in the Princeton alumni magazine. Movie director Ethan Coen’s college roommate reported that Ethan didn’t socialize too much at Princeton, instead spending most of his time on the phone with his older brother Joel discussing whom they would cast in their future movies. 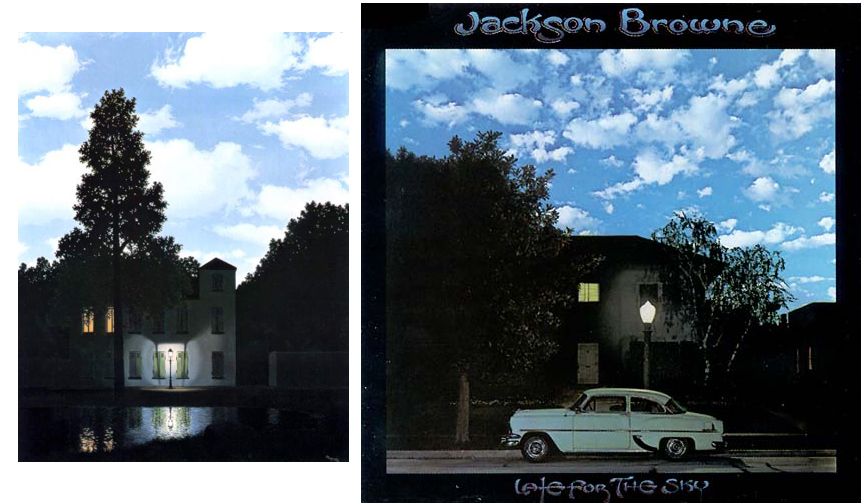 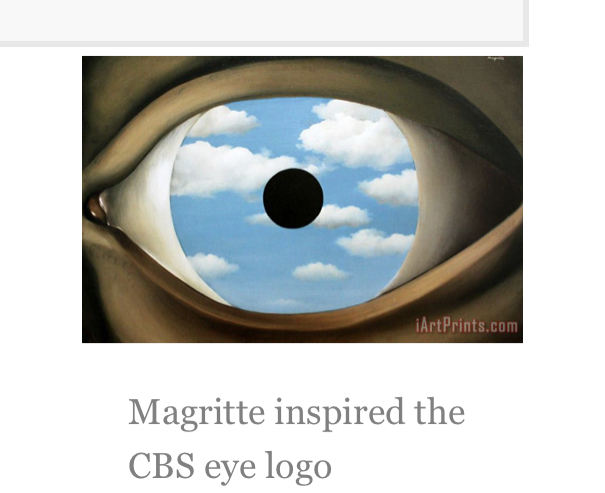 In 1993, I attended the enormously popular exhibition at the formidable Chicago Art Institute of the paintings of the Belgian Rene Magritte, a commercial artist in dreary Brussels who did witty Surrealist paintings in his off-hours.

Magritte was hugely influential on other commercial artists before he was finally accepted as a worthy prestige artist.

After listening to a lecture on Magritte by the curator of exhibition, I approached her and told her how much more popular Magritte had gotten in just 17 years. In 1976 I’d visited a major exhibition of Magritte’s work at the museum of Rice University in Houston, which, at the time, consisted of two quonset huts made of corrugated metal out in the football stadium parking lot. Almost nobody was there. …

And then I asked the poor curator the kind of uncomfortable question that has led me to stop going out in public: “So, if Magritte can climb so much in prestige, can we expect to attend an M.C. Escher retrospective at the Art Institute in a few decades?”

Her face clouded over with consternation. She began to explain that new research into Magritte’s life recently discovered that he hadn’t spent all his life in boring Brussels, but had actually spent 1927-30 in Paris, where he became friends with the leading artists of the day. And then she stopped, and said, “I don’t want to make it sound like being a famous artist is all about who you know …” And then she stopped again, because that’s exactly what it sounded like. I made some encouraging noises to assure her that I’d never dream such a thing, and she got back on track.

On the other hand, I could see an argument that impressing a lot of fellow artists is the best test of greatness. See my essay “Is the History of Art a Hoax?” for why the conventional wisdom is likely more or less right.

Quantitative analysis of narratives of art history published since 2000 reveals that scholars and critics now judge that Andy Warhol has surpassed Jackson Pollock and Jasper Johns as the most important modern American painter. Auction prices suggest that collectors share this opinion. Disaggregated analysis of the published narratives by decade reveals that Warhol first gained clear critical recognition as the leading Pop artist in the 1990s, and then as the most important American artist overall in the 2000s. This rise in Warhol’s status appears initially to have been a result of his enormous influence on Jean-Michel Basquiat, Keith Haring, and others in the cohort that transformed the New York art world in the 1980s, and subsequently of his persisting influence on leading artists around the world who have emerged since the 1990s, including Damien Hirst, Takashi Murakami, and Ai Weiwei. Warhol’s many radical conceptual innovations, that transformed both the appearance of art and the behavior of artists, made him not only the most important American artist, but the most important Western artist overall of the second half of the twentieth century.

Or maybe Basquiat and Haring are famous because they knew Warhol, who made it his business to know everybody famous (here’s my column on the Warhol-Trump relationship)?