In November, a San Francisco jury found the killer of Kate Steinle guilty of only felony possession of a weapon. Jose Zarate was sentenced on Friday to time served for that crime. However, he is being moved to federal custody where he will face additional charges.

Below, five-times deported illegal alien Mexican Jose Ines Garcia Zarate (left) shot and killed Kate Steinle as she strolled on a San Francisco pier with her father, but the killer was found not guilty in her death. 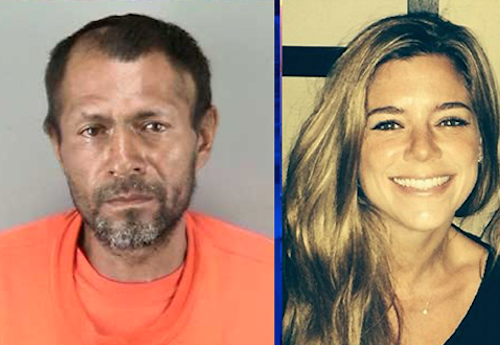 On Friday, Zarate’s attorney Matt Gonzalez discussed why he believed the federal prosecution was “vindictive” with Martha MacCallum on Fox News. He thought the killer’s immigration status was meaningless and did not grasp that Kate Steinle would still be alive if Zarate had been deported rather than released by the sanctuary city San Francisco. 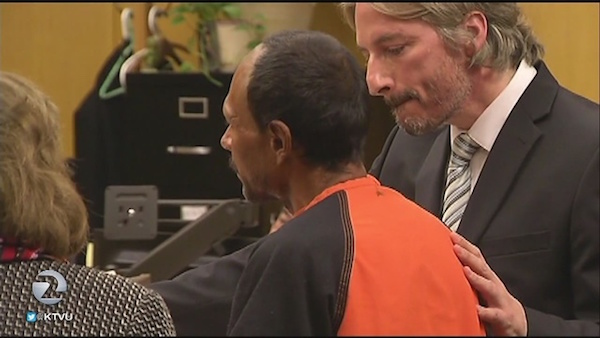 Most people outside California may be unaware that Matt Gonzalez is not an ordinary public defender. On the contrary, he has a long history of far left activism and has been quite a fixture in San Francisco politics. He was a member of the San Francisco County Board of Supervisors starting in 2000 and was president of the Board. He ran as the Green Party candidate for mayor of the city in 2003 but lost to Democrat Gavin Newsom. When Ralph Nader ran for president in 2008, Gonzalez was his vice presidential candidate. He was appointed to be the chief attorney in the Public Defender’s Office in 2011.

So it’s likely that Gonzalez will parlay the publicity he got in this trial into another political effort. He will certainly be seen as the hero of the sanctuary movement and a defender of illegal alien criminals against the hated Trump and others who believe in law and sovereignty. Who knows how far Gonzalez may go with such credentials?