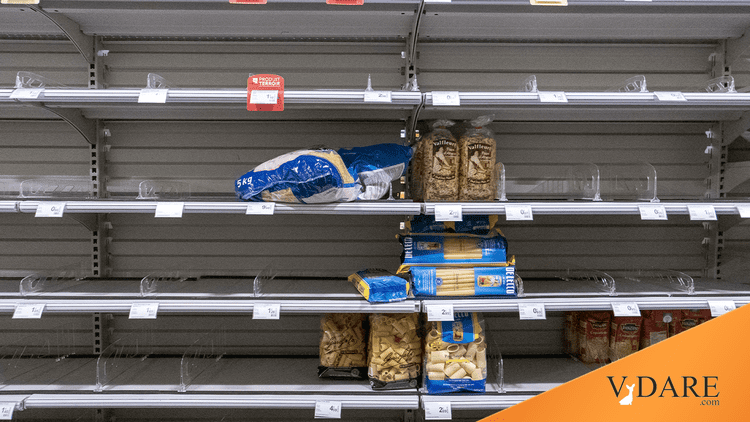 From the Minneapolis Star-Tribune:

With Cub, Target, two Aldi stores and many small markets damaged by rioting over the past week, Longfellow and about eight other neighborhoods have nearly become a food desert.

“I consider the loss of these businesses devastating,” said Melanie Majors, executive director of the Longfellow Community Council. “Besides just the food, there’s a lack of retail for diapers, formula, household goods, even clothing.”

Many residents of the area shop lower-priced stores such as Aldi or dollar stores. Two of those dollar stores — including Family Dollar on Lake Street — were destroyed in last week’s looting and violence that arose after George Floyd was killed in Minneapolis police custody.

Reminds me of the anti-Chinese riots on Guadalcanal in 2006. After a night of looting, the locals showed up the next afternoon at their favorite stores, which they had just trashed and burned down, to buy their evening dinner. They were much befuddled by the fact that the stores no longer existed.