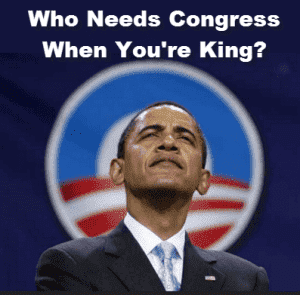 In a move clearly intended by the Obama Administration to suppress the acquisition, ownership and use of AR-15s and other .223 caliber general purpose rifles, the Bureau of Alcohol, Tobacco, Firearms and Explosives unexpectedly announced today that it intends to ban commonplace M855 ball ammunition as “armor piercing ammunition.” The decision continues Obama’s use of his executive authority to impose gun control restrictions and bypass Congress.[BATFE To Ban Common AR-15 Ammo, NRA-ILA, February 13, 2015]

The report from the Bureau of Alcohol, Tobacco, Firearms and Explosives claims that this is necessary to "protect the lives and safety of law enforcement officers"—a rather hilarious statement coming from the Obama Administration.

As this is the third major gun control initiative imposed by the Obama Regime in the new year, this shows that Government By Executive Order is transcending immigration.  The President is now simply making up whatever laws he likes on whatever subject he likes, to the utter indifference of the Republican Party.