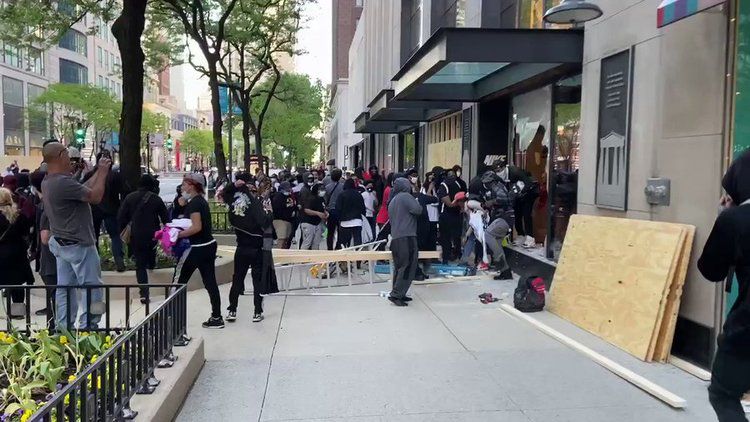 In Chicago, Putin’s spetsnaz infiltrators do a little undocumented shopping:

I can remember when this Nike store on Chicago’s Magnificent Mile opened around 1993, soon after the 1992 Rodney King Riot in L.A. and the sizable Michael Jordan Riot in June 1992 to celebrate the Bulls’ second NBA title. Because it would, obviously, be the favorite target of future looters, it was built like a fortress, with all sorts of rails and grills to keep looters out. But it looks like in the calmer years between then and now, store management got overconfident and rebuilt it into a friendlier-looking storefront. Oh, well …