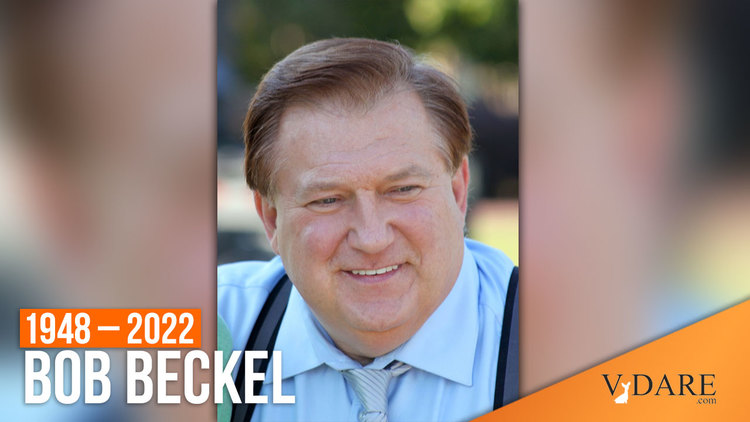 RIP, Bob Beckel: White Democrat Kept Getting Fired (From Fox!) For Being "Racist," I. E., Old And White

Bob Beckel has just died. He was an older white Democrat, born 1948,  who kept getting into trouble in the 21st century for things like saying "Chinaman" and correcting himself, saying Muslims shouldn't be given student visas, using the word "broad," and saying he had "Chinese eyes" when he woke up from a deep sleep.

Also one headline said he used a "slur" and it turned out to be "Oriental."

Here are three items where we mentioned him previously:

His alleged crime that got him fired the last time was apparently being skeptical when they sent someone to fix his computer and it was a black guy. Perhaps he didn't believe real-life blacks were "Black And Nerdy" like they are on TV. I can't say—I always have my computers fixed by a Chinaman. (True story!)

But whatever liberal principles Beckel was supporting as young man in the Carter Administration, or in Walter Mondale's Presidential campaign, he probably didn't think it would come to older white people being unemployable, but it did.