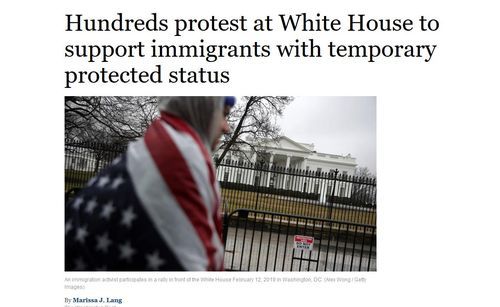 In an immigration system that reeks with falsehoods, Temporary Protected Status, aka TPS, must take the cake as having the most deceptive name of a program. Once the aliens arrive in America and find their way to the welfare office and free benefits, they are not about to leave. The Temporaries have been living here for years and many have plopped out baby US citizens, thanks to the misunderstood 14th Amendment. 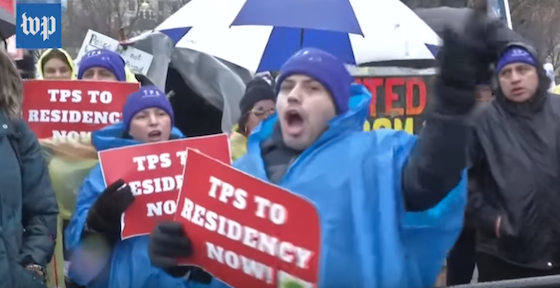 A map of TPS recipients indicates the diversity it has brought to America. 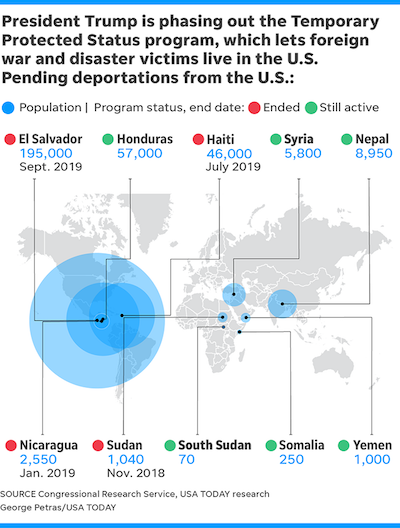 So how do you think they would respond to being sent back to their crappy homelands? A Sudanese said, “I feel this is my home now, my children’s home, and I am here because home is always worth fighting for,” even though America is not her home; it’s just a big stupid hotel for aliens.

And of course, nobody fights for their actual homeland these days, when open-borders America beckons.

he Washington Post article about TPS was reprinted in the Chicago Tribune and is posted below:

Hundreds of immigrants and their families gathered Tuesday in the cold and rain to demand permanent residency be made available to thousands of immigrants who came to the U.S. fleeing war and disaster.

They were joined by allies and lawmakers, including freshman Rep. Ayanna Pressley, D-Mass., who told those in the crowd they had earned the right to be permanent residents through years of hard work and by building homes and families in the United States.

Protesters, who came from several states, chanted and cheered in several languages, as English, Spanish, French, Creole and Nepalese echoed through Lafayette Square.

The protest, which began at 9:30 a.m. in front of the White House, was part of a series of events organized this week to draw lawmakers’ attention to the plight of immigrants granted temporary protected status, who remain in limbo.

TPS recipients are a special classification of immigrants who come from countries embroiled in conflict or devastated by natural disasters. The program was created to allow citizens of those countries to live and work legally in the United States until the situation in their home countries stabilizes.

As the Trump administration has sought to tighten immigration and asylum laws, the president ended TPS designation for six of 10 countries in the program: El Salvador, Haiti, Honduras, Nepal, Nicaragua and Sudan. (Continues)