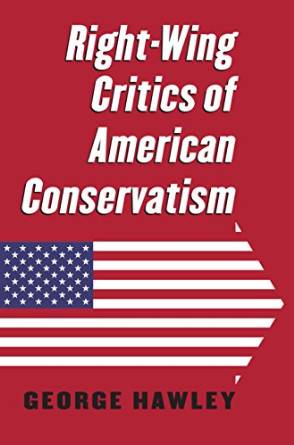 “The conservative movement would be in serious decline even if Trump had stayed out of this race,” Hawley told TheDC. “The movement simply does not know what to do in a world where big business is allied with the cultural left, secularism is on the rise, changing demographics are weakening the GOP’s base of support, there is no evidence that regime change and democracy are panaceas for terrorism, and we have economic problems that won’t be solved with another tax cut...”

“All the major figures of the conservative intelligentsia denounced Trump and the public responded to their critiques with indifference. This demonstrated that huge numbers of voters, even those who regularly vote Republican, simply do not care about the conservative movement. Trump showed the world that the conservative movement is a Potemkin village. Or to switch metaphors, it is an army with many well-compensated officers, but very few grunts,” Hawley said.

“If Trump wins the nomination and the general election, despite conservative efforts to stop him, the conservative movement will be completely irrelevant going forward.”

They will be able to say, ‘See, we told you so!’ They will then try to go back to business as usual, hoping for the best — never mind that demographic changes will only weaken the GOP’s position further in four or eight years,” he believes.

Hawley suggests the Beltway Right will not learn anything from the Trump Insurrection. But there are already signs of some changes, especially in the policy changes coming from the "consistent conservative" Ted Cruz. However, although Cruz has constantly been criticizing Trump as not a real conservative, Cruz is now moving to copy his platform, even on trade, once an untouchable shibbolteh for the Beltway Right ['Fair Trade': Ted Cruz Rejects GOP Orthodoxy, Joins Jeff Sessions Populist Revolt, by Michelle Moons, Breitbart, March 31, 2016].

As Hawley suggests, change is coming, whether Conservatism Inc. wants it or not. Changing demographics mean the Republican Party is going to have to adapt or die. The functionaries of the Beltway Right might be content to squeeze out a living while they run out the clock on the historic American nation. But as the 2016 election shows, it doesn't seem like the GOP base is going to go along with their program of demographic defeatism.