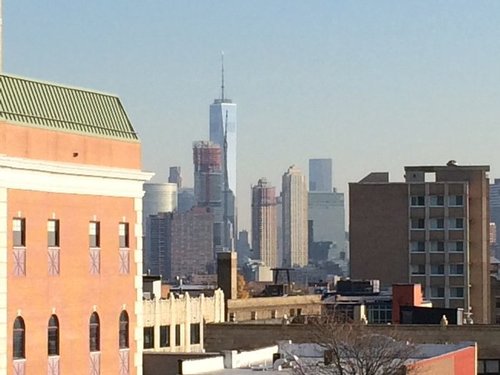 Thanks to some gutsy journalists at NJ Advance Media we now know Muslims did celebrate as thousands of Americans burned on 9-11. This is news because the entire establishment came down on Donald Trump for saying that he saw thousands of celebrating Muslims in 9-11. Sympathetic observers and those who reside in the area understood that Trump was conflating reports of Muslims celebrating in Jersey City with footage of Palestinians doing the same. New Jersey and national RINOs and Democrats seized on his gaffe, united in their Trump animus. Many went beyond Trump’s misstatement to deny any Muslim bad behavior at all.

Now, according to an NJ Advance Media special investigation, credible accounts of multiple Muslim spontaneous celebrations are documented. While they use language to tone down any notion of mass demonstrations, their reporting located credible accounts of “…dozens of persons” at at least two separate locations. They also verified that: “Callers also flooded the 911 system with accounts of jubilant Muslims on a rooftop at a third location...” [EXCLUSIVE: Some Jersey City Muslims did celebrate 9/11, cop and residents say,  By Mark Mueller,  NJ Advance Media for NJ.com, December 21, 2015]

Some witnesses to this are;

This tale of ethnic treason puts people like Jersey City Mayor Steve Fulop out of sorts, or “Skeptical” as the report says. He questions Gallagher’s word or his professionalism. Fulop is a first generation Romanian-American of Jewish ancestry who survives politically by juggling the various seething ethnic factions that make up Jersey City. He also wants to run for Governor and needs all those Arab voters in places like Paterson. Patriotism and peace in the constituency are incompatible it seems.

Chris Christie also denies that there were any Muslims behaving badly on the day. I can't  believe that the Governor of the state didn’t have reports about what every cop on the Jersey City beat knew on that day.

The New Jersey Attorney General of the day also denies 9-11 reality, claiming to have requested confirmation from the city but got nothing back. Again, people on the ground know things people in comfy offices far away really don’t want to know. The report carries not a few "couldn’t be reached" or "didn’t get backs." Can this be a sign that pretty much everyone decided from the beginning not to inflame things by telling the truth about our friendly Muslim neighbors? I think, yes.