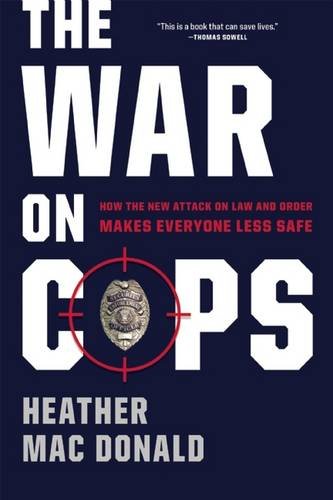 There was a  law passed post-Rodney King to allow the Federal Government to take over police forces that are behaving badly on civil rights. (King's civil rights weren't violated, according to me and many conservative analysts, but the first  Bush Administration got convictions on some of the cops involved.)

You can read about it in Heather Mac Donald's The War On Cops. (The law is called Violent Crime Control and Law Enforcement Act (VCCLEA).)

While Ferguson was burning, due to a false media narrative, Eric Holder was attacking the Ferguson Police department.

While Baltimore burned over an accidental death,  Obama sent an aide—a black aide—to the funeral of a drug dealer, while his "Civil Rights" enforcers were attacking the Baltimore PD>

During the Clinton Administration, and while Hillary was running for Senator from New York, the same tactics were used against Rudy Giuliani's New York. The (Bill) Clinton Justice Department investigated the cops who'd been exonerated in the Amadou Diallo shooting, on behalf of (Hillary) Clinton senatorial campaign.

And most recently, Obama's outgoing Attorney General, Loretta Lynch, issued a report on the Chicago PD saying they had been trying too hard to stop crime.

Now Trump is suggesting that instead of the Justice Department backing the criminals, they should do something about crime in Chicago. 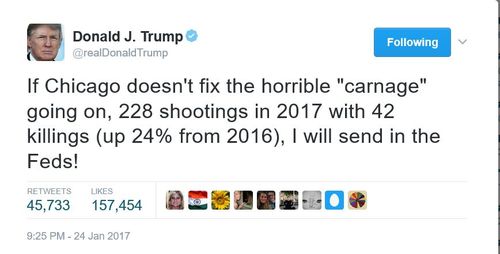 What a difference an election makes.