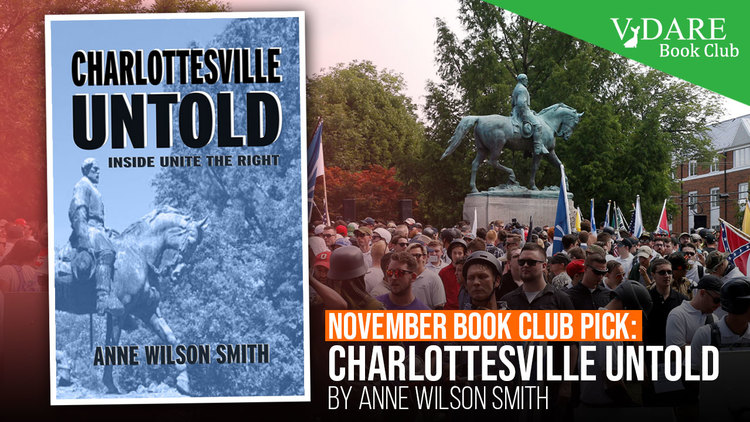 Just in time for the Charlottesville trial (follow Jason Kessler’s live updates here), we encourage you to read Wilson Smith’s invaluable compilation of primary sources where the defendants, and the words and actions of the mob that attacked them, speak for themselves.

Even those readers who carefully read the independent Heaphy Report have something to learn. Charlottesville Survivor writes in his review, CHARLOTTESVILLE UNTOLD: Why Terry McAuliffe, Not Jason Kessler, Should Be On Trial:

…Smith’s book is especially valuable because it provides further evidence that UTR organizers scrupulously tried to avoid violence. In short, the wrong people are on trial right now—state and local officials should be forced to answer for their unconscionable actions. [Emphasis added] And the “mainstream” conservatives who didn’t speak up at the time enabled the deplatforming campaign that ultimately took down President Trump himself.

Make sure you are signed up for the VDARE.com Book Club here by Friday, November 5th for a chance to win a copy! Discussion questions will be posted and a winner announced Friday afternoon.