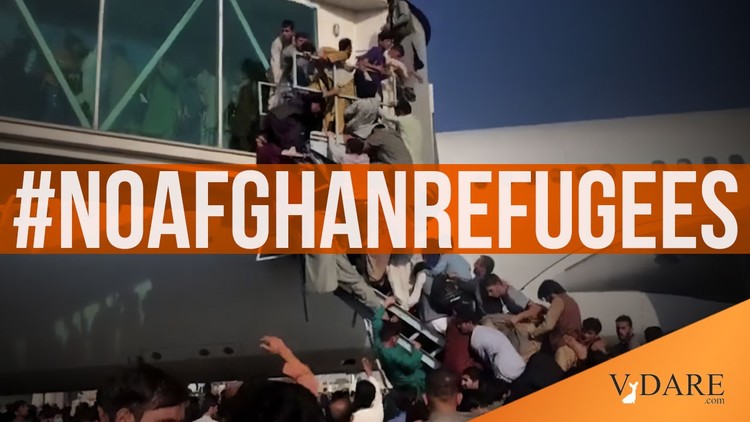 See, earlier: Inevitable Colonization—Did We Fight The Wrong Enemy In The Wrong Place?

It's time to end the madness. However you feel about President Joe Biden's handling of the withdrawal of troops from Afghanistan, I want you to focus on what's best for Americans on American soil right here. Right now.

This country has transmogrified before our eyes into an incorrigible Clown World. The very last thing we need right now is to compound the chaos with the addition of 30,000 Afghan refugees imported through the Special Immigrant Visas program run by the notoriously open-borders, "America Last" U.S. State Department.

According to documents obtained by Fox News over the weekend, the bureaucracy "plans to potentially relocate up to 30,000 Afghan SIV applicants into the United States in the immediate future" and resettle them at military bases such as Fort McCoy in Wisconsin and Fort Bliss in Texas "while still being vetted for parolee status."

Also from VDARE.com on the Afghan Refugee Crisis: