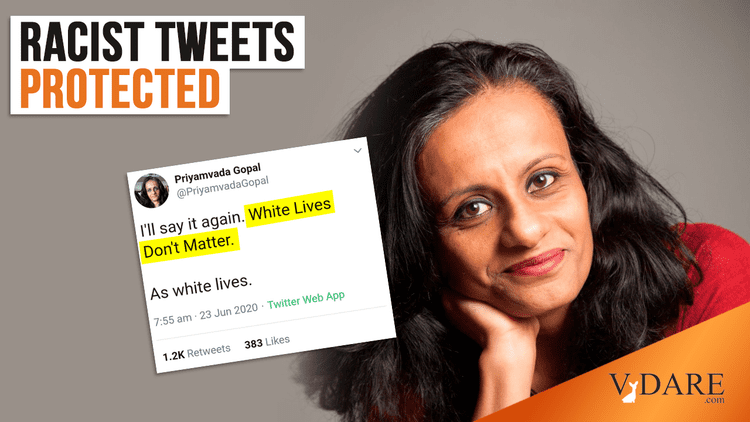 MANCHESTER, England (Reuters) – The Burnley fan who took responsibility for the “White Lives Matter Burnley” banner displayed from a plane above the Etihad Stadium has been fired from his job, British media reported on Wednesday.

It is okay to say, again and again, that white lives don’t matter: It’s okay, but it’s not very optical. The smart ones aren’t going to utter things like that in public, let alone vociferously proclaim them (‘Doctor’ Gopal’s teaching and research interests are “in colonial and postcolonial literature and theory, gender and feminism, Marxism and critical race studies”).

If I were a guerrilla-posting dissident, I’d consider pivoting from painting the town monochrome in “White lives matter” to doing so with “Whites lives don’t matter.”